FORMER presidential candidate Mitt Romney says he believes Donald Trump will win the Republican nomination if he runs in 2024.

The 73-year-old, who lost the presidential election to Barack Obama in 2012, admitted that Trump still holds a great deal of power within the Republican party, and that he can't see another candidate who can defeat him at the moment.

"I don't know if he'll run in 2024 or not, but if he does, I'm pretty sure he will win the nomination," Romney said on Tuesday.

He said that while he wouldn't personally vote for Trump, he knows that plenty of others would.

"I look at the polls, and the polls show that among the names being floated as potential contenders in 2024, if you put President Trump in there among Republicans, he wins in a landslide," Romney added

"He has by far the largest voice and a big impact in my party." 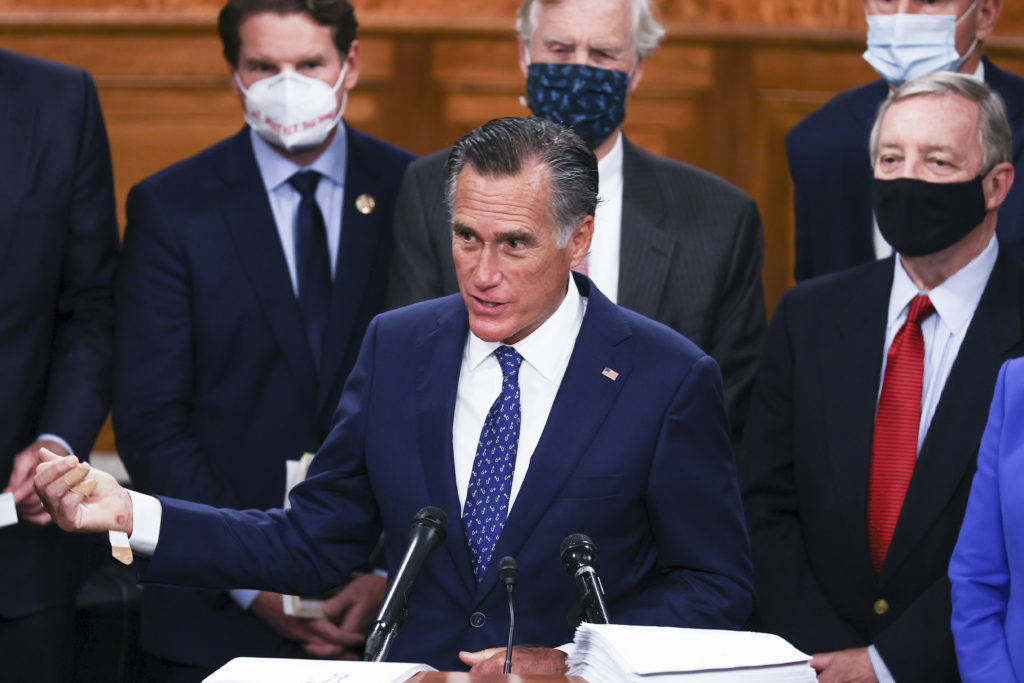 Sen. Mitt Romney says he believes Donald Trump will win the Republican nomination if he runs again in 2024.

Senator Romney, who is one of Trump's most outspoken Republican critics, voted to convict the former president on impeachment charges in both of his trials.

He was the only Republican to vote to convict Trump on allegations he pressured the government of Ukraine to investigate then-candidate Joe Biden and his son in 2020.

He was also one of seven Republicans to vote for conviction during this year's impeachment trial.

Trump, who has said it is too early to decide on a 2024 race, is scheduled to give his first post-presidential speech Sunday at the annual Conservative Political Action Conference.

He's expected to launch an attack at the Republicans who supported impeachment, and Romney is a central figure within that group.

Despite his current reluctance to commit to another race, Trump frequently spoke of running again in 2024 when he was still in office following defeat in November's election.