DUBLIN COMIC CON has paid tribute to late Batman actor Kevin Conroy by sharing a video of the star singing in Irish to a captivated audience.

Conroy, described as 'the definitive Batman' by Star Wars legend Mark Hamill, passed away on November 10 after a short battle with cancer.

The 66-year-old, whose four grandparents hailed from Ireland, was born in Westbury, New York and grew up in an Irish Catholic family.

Conroy, who voiced Batman in almost 60 animated productions, was an occasional visitor to Dublin Comic Con (DCC), first attending the nascent convention in 2014 during its second year.

In a social media post, Dublin Comic Con explained how Conroy returned twice more, the last time being in 2019.

Sharing a clip from that visit, DCC said Conroy 'broke out in song, as Gaeilge, and held the whole room in the palm of [his] hand'.

"We will cherish the time we got to spend with you, and will miss you dearly," added the post.

Conroy first played the Caped Crusader in Warner Bros' Batman: The Animated Series from 1992 until 1996, going on to voice the character in dozens of other animated series, films and video games.

In a tribute, DC described Conroy as 'the quintessential voice of Batman' and 'the most beloved voice of Batman in the animated history of the character'.

Hamill, who voiced the Joker in Batman: The Animated Series, said Conroy was 'one of my favourite people on the planet, and I loved him like a brother'. 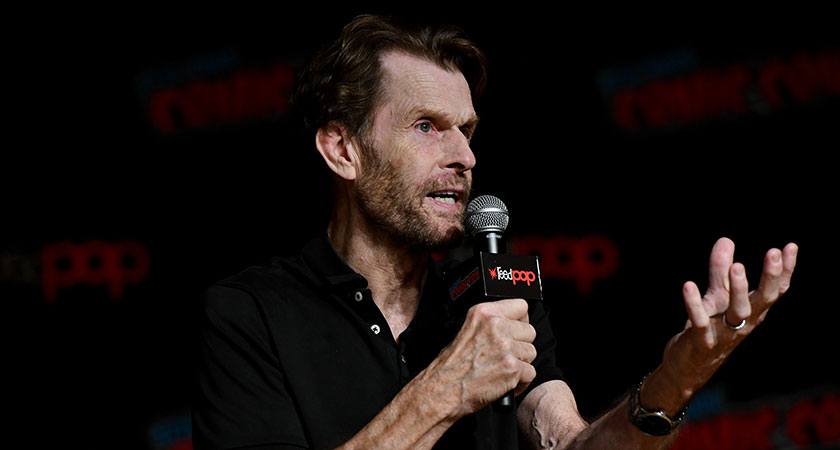 Kevin Conroy during an event to mark the 20th anniversary of Batman Beyond in New York in October 2019 (Image: Craig Barritt/Getty Images for ReedPOP)

He added: "His rhythms and subtleties, tones and delivery — that all also helped inform my performance.

"He was the ideal partner — it was such a complementary, creative experience.

"I couldn't have done it without him. He will always be my Batman."

Though we're all sad, I know he wouldn't want that. I'm finding great solace in all the memories I have of him...the thrill of our earliest recording sessions, discovering the unique bond our characters shared, how we complemented one another & bonded immediately. 🙏🦇s, 💜💚🃏 pic.twitter.com/jt8CHbdCsa

Also paying tribute this week was Clerks and Mallrats director Kevin Smith, who said Conroy 'was exceptional at what he did'.

"I'll miss him forever, I was lucky to know him at all," said an emotional Smith.

"More importantly, I was lucky to have had him as my Batman in my lifetime.

"I'll hear his voice from now until the end of time.

Conroy, who had roots in Belfast, Galway and Mayo, was immensely proud of his Irish heritage and relished his visits to the Emerald Isle.

On his most recent trip in 2019 for DCC, he visited Donegal and Mayo, the latter the birthplace of his grandmother.

Pictured with the executives of County Mayo, Ireland. My grandmothers birthplace she left at 16 yrs around 1900 for Ellis Island. Thank you for so warmly welcoming me to my family roots. pic.twitter.com/QZ6Leexzwv