DUBLIN HAS been transformed into something approaching donut heaven after Ireland's first 24-hour Krispy Kreme store officially opened to the public.

As many as 300 people descended on Blanchardstown at 7 am on Wednesday to get their hands on one of the company's trademark glazed donuts, with queues stretching down the street.

But while the arrival of a donut shop isn't necessarily headline news, this is no ordinary sweet treat bakery.

For one thing, the new Krispy Kreme Theatre boasts a custom doughnut creation station that allows visitors to get creative - just don't expect any Guinness, Bailey's or Jameson's options.

Instead, 16 varieties of doughnut will be on offer at the 77-seat venue which will be open 24 hours a day, seven days a week. 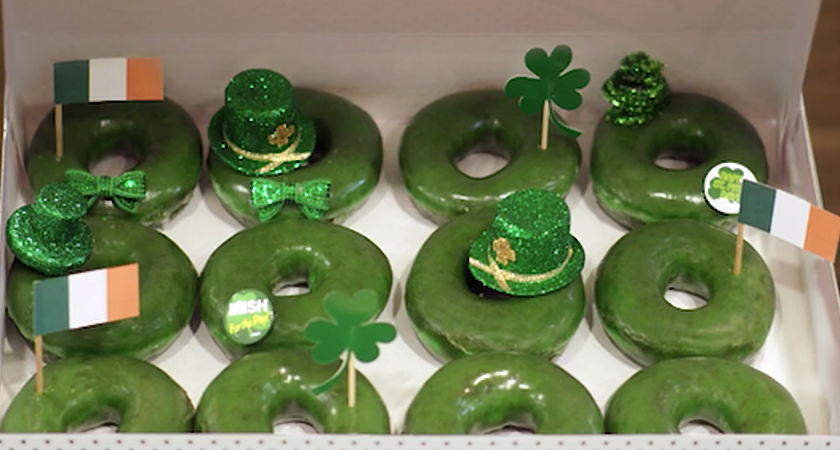 There's no word yet on whether the store will be offering one of Krispy Kreme's famous St Patrick's Day creations either.

Not everyone will be happy about the new opening of course.

Previous figures revealed that as many as one in four adults in Ireland are technically classed as obese.

Health industry figures are already calling for a change to the taxation around fast food, which currently benefits from a reduction in tax designed to boost tourism.

Any tax could end up scuppering Krispy Kreme's plans for Emerald Isle domination but, for now at least, the donut giant is going to make hay while the sun shines.