A RESCUE LABRADOR has been appointed the official mascot for a school in Dundalk, Co. Louth.

The five-month-old pup, called Finn, was rescued by a charity in Dundalk and given to St. Vincent's Secondary school to raise.

He was apparently abandoned with his mother at just eight-weeks-old before being brought to the school.

Finn was given a very important role there too. As mascot, he heads up the welcome committee three days a week, meaning that students and visitors get to see his fluffy face first thing in the morning for the ultimate pick-me-up. 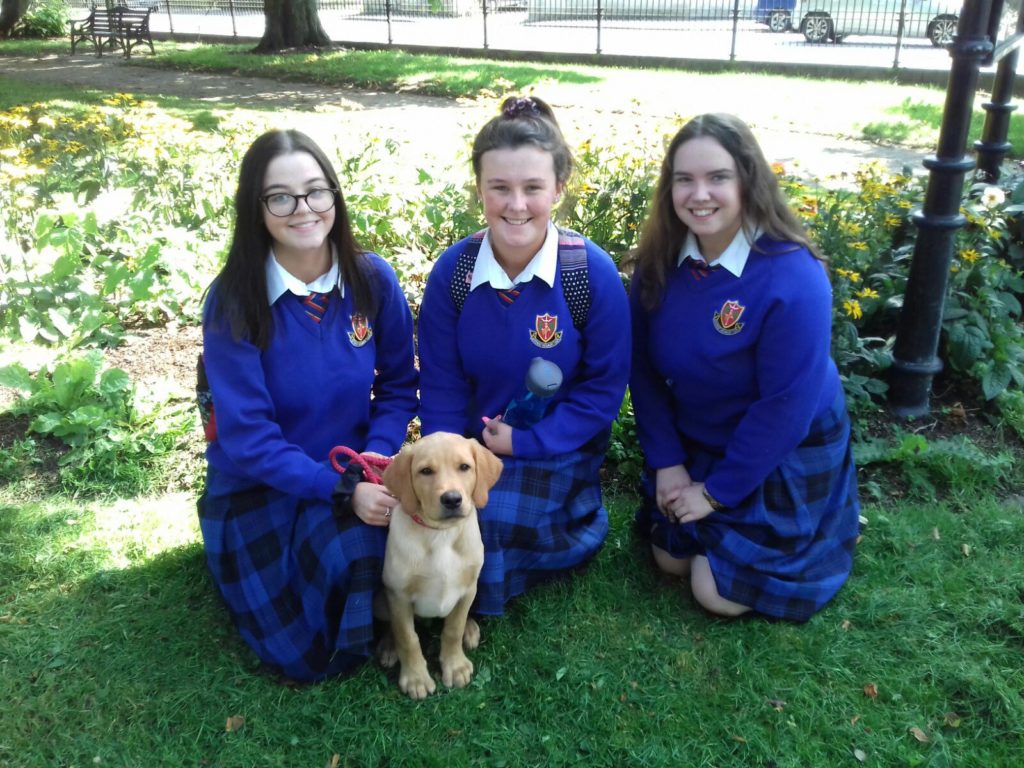 According to the school's website, Finn will be trained throughout the year and will hopefully act as an emotional support dog for students in the future.

For now, he's the sloppy, cheery face which greets everyone at the gates, and gets to be walked by students during lunchtime too.

Part of his role there is to teach students "responsible ownership of pets and all that having a pet entails", and apparently, he's already (unsurprisingly) proving to be a massive hit.

On the website, the school writes: "Finn’s charm and personality has already worked on all who have met him.

"He has a wonderful temperament mixed with some puppy madness. He is very sociable and loves being around people.

"Finn comes in and out to school with one of our Deputy Principals, who also cares for him at weekends and during the holidays. He has a number of areas in the school to ensure he is not overwhelmed."

Where was Finn when I was at school??

Finn is really settling into life in St Vincent’s! He has lots of visitors during the day and is enjoying this fine weather and all his walks in the park at lunchtime with students and teachers! #wellbeing #finn #schooldog #caringforanimals pic.twitter.com/U7ceIZCGLl