Eamonn Holmes: Shrine to burglar killed by OAP in London should be bulldozed

EAMONN Holmes has called for police to tear down tributes commemorating a burglar who was killed by an OAP in south-east London.

The Irish presenter was speaking after a shrine to Henry Vincent was repeatedly torn down by members of the public outside the house where he was killed by Richard Osborn-Brooks, 78, last Wednesday.

Members of the Traveller community - some related to the dead career criminal - have returned to South Park Crescent, Hither Green a number of times in the past two days to re-erect the flowers, balloons and cards left there.

They have called for Mr Osborn-Brooks, who is currently under police protection with his wife, to apologise despite being released without charge following the stabbing last week.

But speaking on Good Morning Britain this morning, Eamonn urged police to step in - as fears grow over the escalating 'turf war' between outraged local residents and Henry Vincent's family.

Eamonn said: "Could you not argue that the tributes are about threatening the people who live at the house? 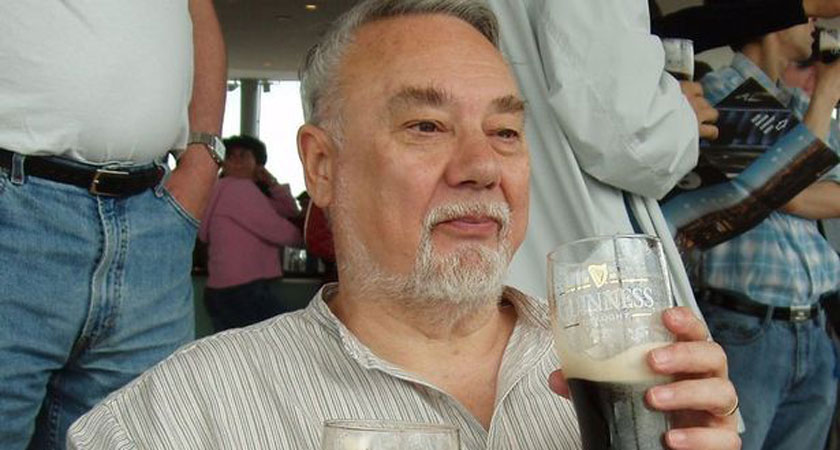 "As in, 'we know where you live, we haven't forgotten that you're here and there's going to be a memory outside your house everyday'.

"The police should come along every day with some street cleaner, a bulldozer, whatever - and lift it up and dump all this stuff every single day."

Viewers agreed with the presenter, with one Twitter user saying the neighbours should "keep tearing them down".

Another added: "They're taking the p*** putting tributes there."

Neighbours have also blasted the shrine left by the criminal's family and friends, branding it "disgraceful" and a "taunt".

At least three people have been seen tearing down the tributes since they first appeared on Monday.

Police are continuing to hunt Henry Vincent's suspected accomplice, 28-year-old Billy Jeeves, after his burned-out Vauxhall Astra was found in Orpington at the weekend.

Jeeves allegedly accompanied Vincent as they broke into Mr Osborn-Brooks' home just after midnight on April 4.

Vincent threatened the pensioner with a screwdriver in his kitchen, but ended up being stabbed to death by his own weapon following a scuffle.

Mr Osborn-Brooks was initially arrested on suspicion of murder but police later revealed they would be taking "no further action" against him.