EMMA WATSON has penned an emotional open letter honouring Dr. Savita Halappanavar, the woman whose death proved to be the catalyst for Ireland's referendum on abortion.

Halappanavar died after suffering a septic miscarriage in 2012, with her death later ruled to have been preventable had she been allowed to terminate her pregnancy.

The case sparked renewed calls for a repeal of the country's ban on abortion.

On May 25th, Ireland held a referendum on the issue, with the public ultimately to repeal the eighth amendment of the country's constitution, which had effectively banned abortion.

In a letter published by PORTER magazine, Watson paid tribute to Halappanavar.

"Dear Dr Savita Halappanavar, You didn't want to become the face of a movement; you wanted a procedure that would have saved your life," she wrote.

"Time and again, when our local and global communities collectively mourn a tragic death due to social injustice, we pay tribute, mobilize and proclaim: rest in power." 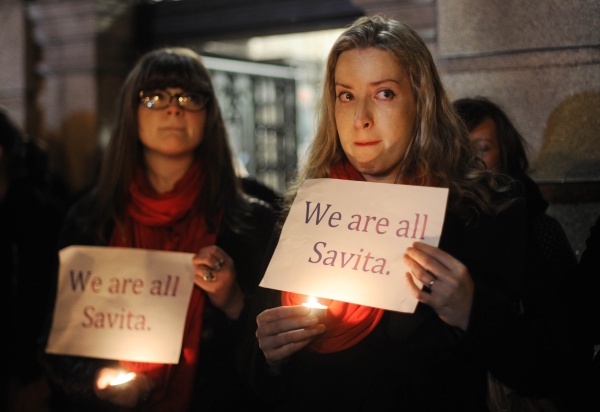 "A promise to the departed and a rallying call to society, we chant: never again. But it is rare that justice truly prevails for those whose deaths come to symbolize structural inequality. Rarer still is a historic feminist victory that emboldens the fight for reproductive justice everywhere."

Watson took to Twitter to promote her heartfelt tribute to the Irish-born dentist.

"It was a great honour to be asked by @PORTERmagazine to pay the deepest respect to the legacy of Dr Savita Halappanavar, whose death powered the determination of activists to change Irish abortion laws & fight for reproductive justice all over the world," she tweeted.

Watson also took the time to pay her respects to Halappanavar's friends and family, calling them as "gracious and galvanizing in their sharing of your memory."

It was a great honour to be asked by @PORTERmagazine to pay the deepest respect to the legacy of Dr Savita Halappanavar, whose death powered the determination of activists to change Irish abortion laws & fight for reproductive justice all over the world. https://t.co/KZWRpp7btO pic.twitter.com/yLDXgcHKyh

Despite the change in Ireland, Watson admitted work was still to be done

The actress noted that work remains to advance reproductive rights.

"Still, Northern Ireland's abortion law predates the lightbulb. In your memory, and towards our liberation, we continue the fight for reproductive justice."

In Northern Ireland, abortion is prohibited in all but the most exceptional circumstances.