THERE were emotional scenes at Dublin Airport today as more than 100 Irish troops finally returned home from a tour of duty in Syria and the Golan Heights.

There were smiles and tears of joy as family and friends gathered at Terminal 1 to welcome back the 119 soldiers of the 57th Infantry Group. 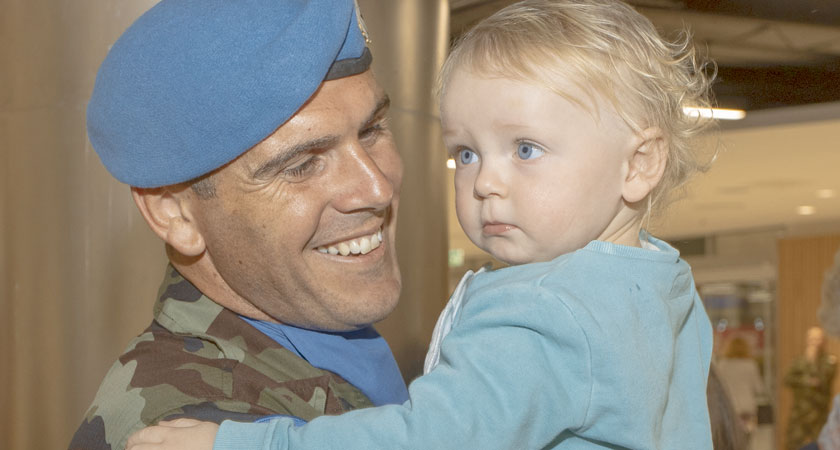 The unit, which had been serving with the United Nations Disengagement Observer Force (UNDOF), had been due to return on October 3.

However a clearance issue the day before they were due to fly home, coupled with limited rotation flights through Beirut, forced them to stay for a further two weeks. 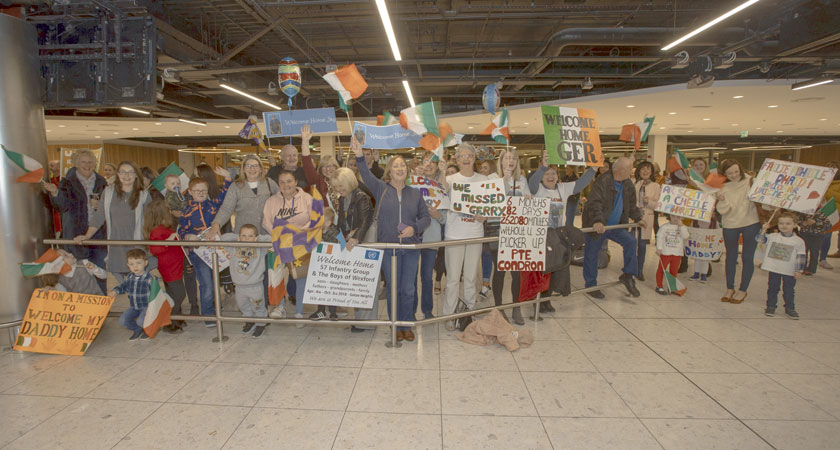 That disappointment was forgotten today though as these pictures and video show.

Paul Kehoe TD, Minister with Responsibility for Defence, previously said the soldiers would continue to be paid during the delay and their leave entitlement would only commence upon their return.

He also authorised a €1,000 payment for each solider as compensation for the disruption to them and their families.

The members of the 57th Infantry Group were drawn primarily from the 3rd Infantry Battalion, stationed in Stephens Barracks, Co. Kilkenny, but also contained personnel from across the country. 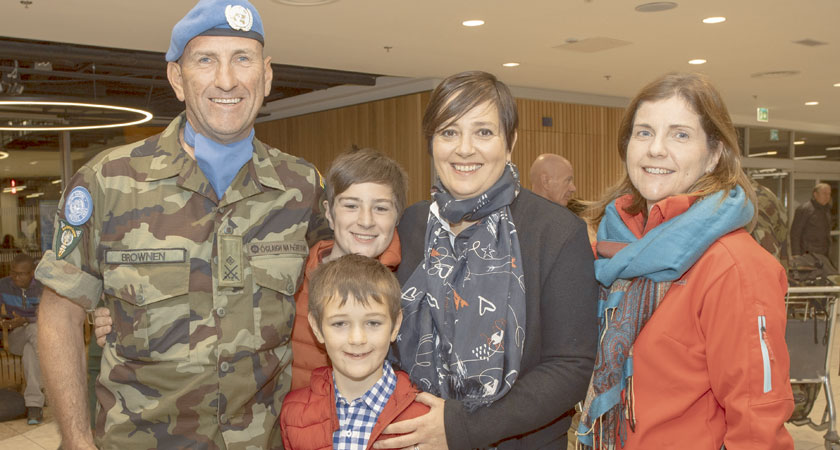 The group was the first Irish unit to redeploy to Syria following a UN evacuation of personnel in 2014.

Their replacements, the 58th Infantry Group, have completed their deployment to Syria and have joined their UNDOF colleagues in theatre. 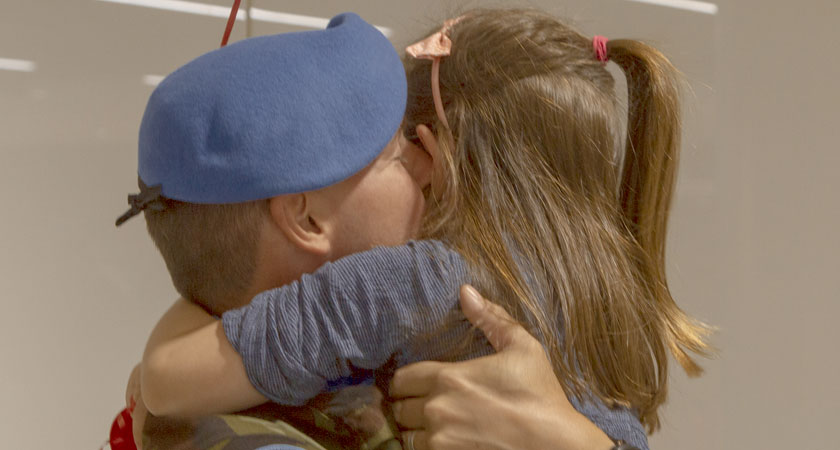 A member of the 57th Infantry Group is reunited with his daughter (Image: Press Military / RollingNews.ie)