AN ENDANGERED turtle that was desperately ill when it washed up on Irish shores as a baby is being flown to Gran Canaria after extensive rehabilitation.

In January 2019, a nine-month-old loggerhead turtle washed up on a beach in Donegal, after it was believed to have been swept up in a current all along the gulf stream, eventually landing at the edge of the Atlantic Ocean.

Weighing just a few hundred grams and suffering from hypothermia, the endangered loggerhead-- nicknamed Julius Caeser, or JC-- was given extensive treatment and rehabilitation, and is now healthy, strong and ready to return to its natural habitat.

JC was flown to Gran Canaria on an Aer Lingus flight where he was kept int he cabin in a specially designed, waterproof crate, accompanied by his minder Portia Sampson who has cared for the turtle for much of his time in Ireland. 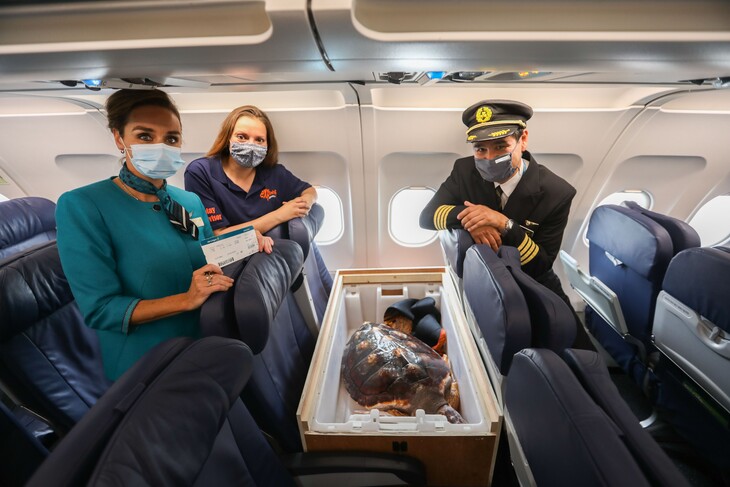 In a statement, pilot of the plane bringing the now-three-year-old turtle home, Captain Peter Lumsden, said: "It is our pleasure to welcome aboard a very special passenger today and to ensure the safe transportation of JC the Turtle to Gran Canaria.

"Since they first got in contact, Aer Lingus has worked closely with the team from Exploris Aquarium and our Maintenance & Engineering and Ground Operations teams to ensure that all JC’s needs are met as we complete this important mission." 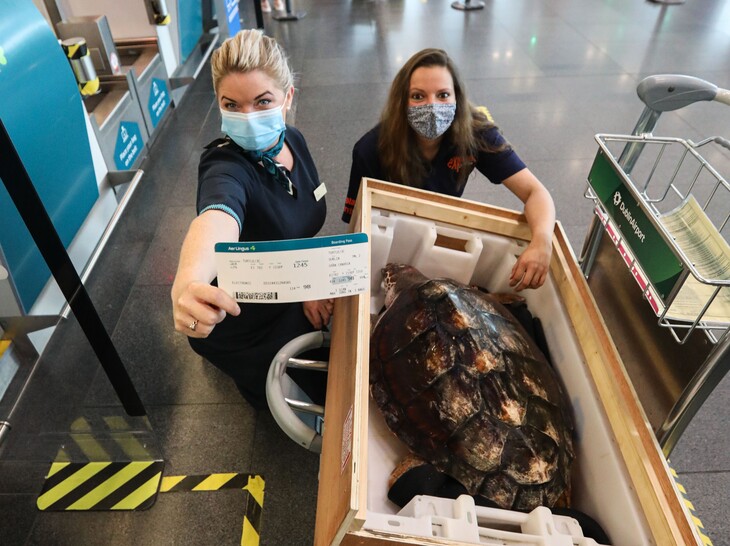 "His specially designed crate will be securely strapped across a number of seats in the cabin. Like all of us on the flight today, I’m sure he is looking forward to the warmer climate upon landing."

Once in Gran Canaria, JC will be cared for by the Tarifa Wildlife Recovery Centre, who will oversee the turtle's acclimatisation to the warmer weather after spending most of his life in Ireland. 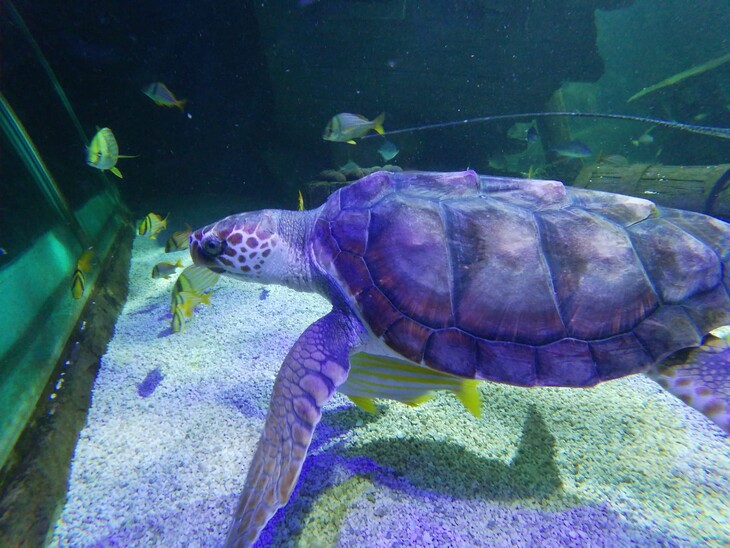 JC enjoying a swim at Exploris in Gran Canaria, where he will acclimatise to the warmer weather (Picture courtesy of Exploris NI/ Aer Lingus)

Should JC adapt well, he will be released back to the sea later this week.

According to Biological Diversity, there are only around 50,000 sea turtles left in the world, a rapid decline from the several million which could once be found in Earth's oceans.