THE POGUES' Fairytale Of New York has been named Britain's favourite Christmas song according to a recent poll.

It beat off competition from the likes of Mariah Carey's All I Want For Christmas and Wham!'s Last Christmas.

In a poll ran by YouGov, asking people to note which Christmas song they love above all else, Fairytale Of New York received 17% of the votes, followed by All I Want For Christmas which received 8%, while Last Christmas received 7%.

The Pogues' 1987 smash-hit, sung by Shane MacGowan and Kirsty MacColl, is typically thought of as one of the UK's festive favourites, but has been under the spotlight recently due to what some perceive to be its homophobic lyrics. 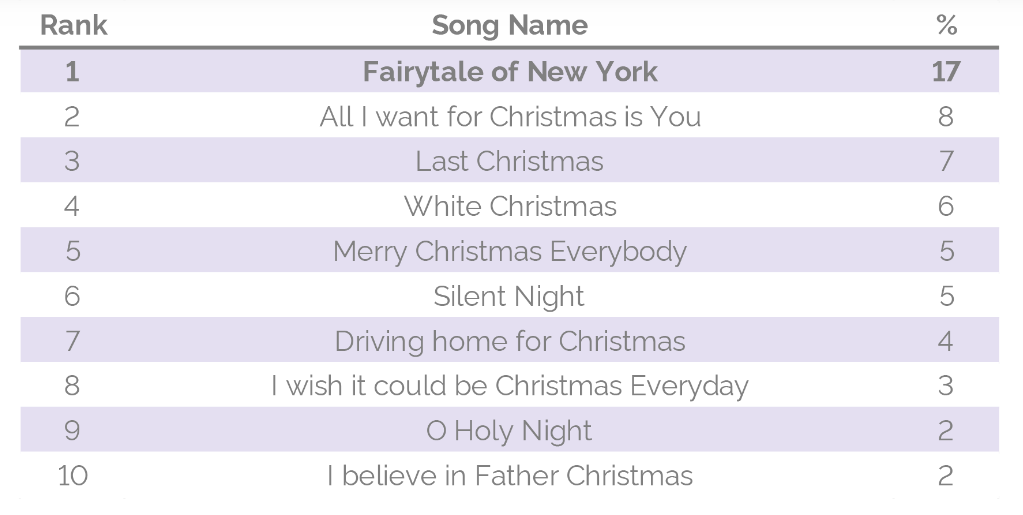 The BBC announced it would be playing an edited version of the song, without the 'offensive' lyrics on Radio 1 this Christmas - which includes the words 'f****t' and 'sl*t" - to avoid upsetting its traditionally younger audience, while the original version would still be played on Radio 2.

In the edited version, MacColl replaces the word 'f****t' with haggard, while the word 'sl*t' is muted.

In another YouGov poll, 63% of respondents said they thought the BBC made the wrong decision in censoring the song.

Despite the fact that Fairytale of New York never reached Christmas number one in the UK, its popularity appears to be eternal, and remains un-dented by recent controversies.

Click here to see the full results of the poll.