A DAIRY farmer’s unique marriage proposal has made him the laughing stock of the internet – but not everyone is a-moo-sed.

Evidently eager to milk his herd for all they are worth, the anonymous agriculturalist decided to pop the question to his udder half by placing the ring on a cow’s teat.

It wasn’t long before the people of Facebook were taking stock of the situation with an image from the engagement which sparked some major online beef.

Some thought it was a load of bull, others wondered if the poor recipient ended had a cow while a fair few felt the farmer butchered her very special day.

To others the engagement was simply gross, while a few were entirely un-moo-ved, suggesting  instead that the farmer was guilty of animal abuse.

“This is udderly terrible,” one critic wrote.

“Sorry had to go for it. But really this is gross. The ring is a mess of clusters and the band is too thick. 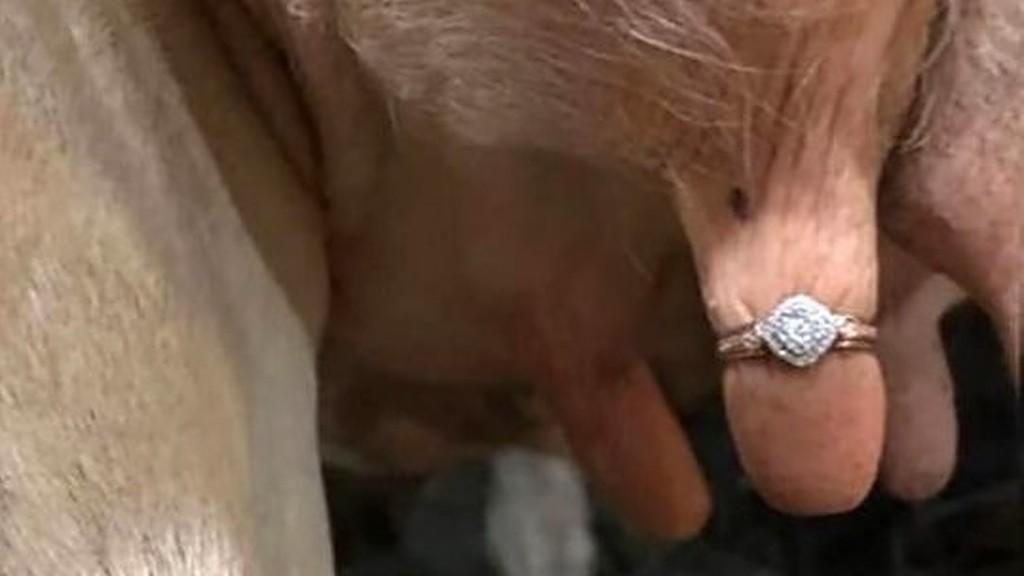 Another said: “He probably just shoved it on the poor cow’s udder.

“This animal does not deserve being abused in this fashion.”

Let’s just hope that, much like the cows he herds, the farmer has a thick skin.