THE FIRST group of refugees forced to flee Afghanistan will arrive in Ireland this evening.

The small group-- reported to be "less than 10", according to RTÉ News, will be the first of a mix of men, women and children forced to flee their homes to escape the Taliban and who will be offered asylum in Ireland.

Around 200 refugees in total are expected to arrive in Ireland in the coming days and weeks, among them five women who are qualified in science in technology and who have already been a target by the Taliban.

The group arriving this evening had been working for EU institutions before the Taliban took over the country, and are potential targets for Taliban violence should they stay in Afghanistan, RTÉ News reports. 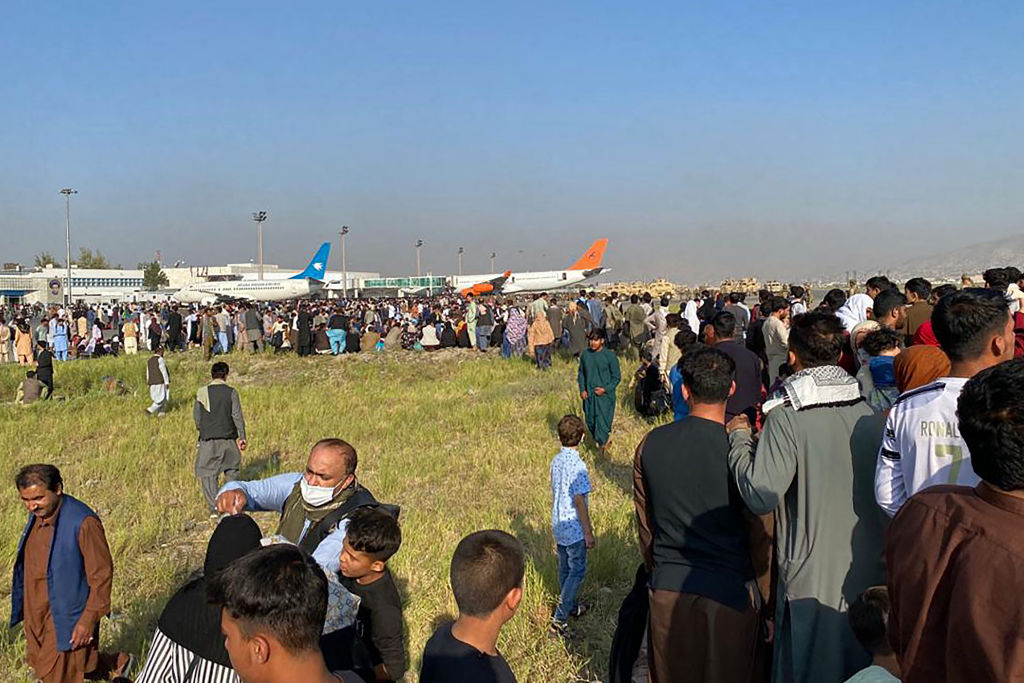 TOPSHOT - Afghans crowd at the airport as they wait to leave from Kabul on August 16, 2021. (Photo by Shakib Rahmani / AFP) (Photo by SHAKIB RAHMANI/AFP via Getty Images)

Both this group and the estimated 190 others expected in the coming weeks are being given refugee status in Ireland as part of the International Refugee Protection Programme; an extra 114 people have been given special visas to allow them to travel to Ireland.

The Department of Justice is also fast-tracking applications of 103 Afghans seeking to be reunited with a family member who is already in Ireland.

Minister for Children, Equality, Disability, Integration and Youth, Roderic O'Gorman told RTÉ News last week that his department are focused on bringing the most vulnerable members of the new Afghan society to Ireland under the refugee programme.

These include women, children and human rights defenders who could be a target for the Taliban.