Senior Mens Team:
Republic of Ireland manager Stephen Kenny has named a 26-man squad for the FIFA 2022 World Cup qualifier against Azerbaijan and the international friendly against Qatar.

Ireland travelled to Baku for their qualifier against Azerbaijan on Saturday, October 9 before returning to Dublin to take on Qatar on Tuesday, October 12 at the Aviva Stadium.

Wigan Athletic striker Will Keane has received his first international call-up to Ireland having scored four goals in the opening nine matches of the League One season.

Captain Seamus Coleman and defender Dara O'Shea are both ruled out through injury as Cyrus Christie retains his place in the squad, having been called up for the 1-1 draw against Serbia.

Tickets for the Qatar match are priced at a Centenary Special price of just €20 for adults and €10 for children for the match on Tuesday, October 12, with kick-off at 7.45pm. 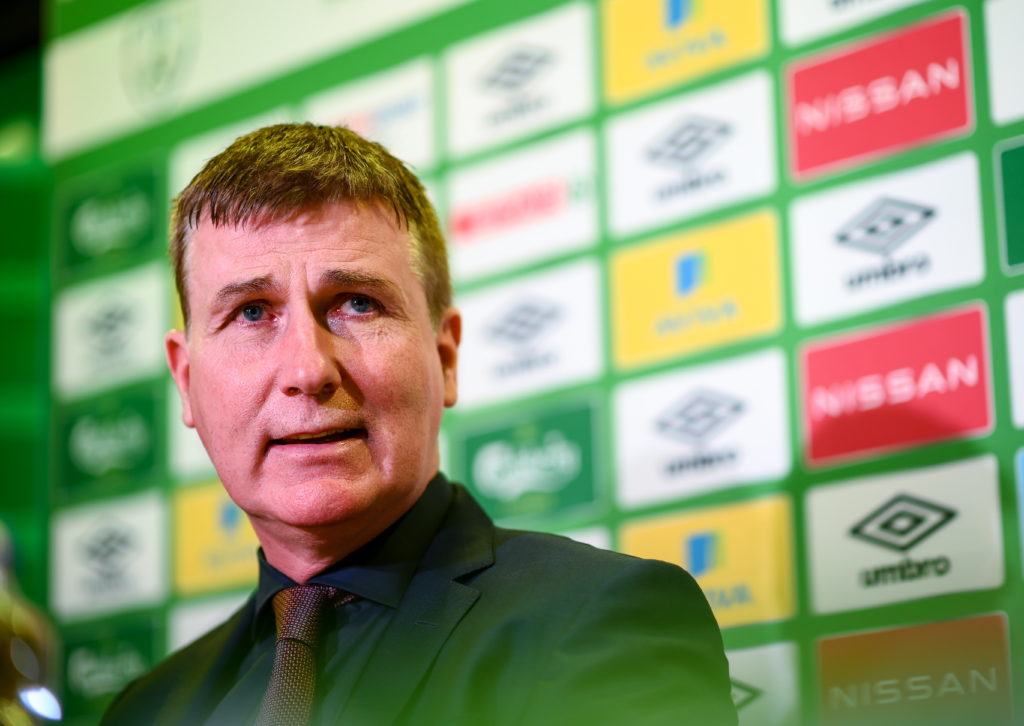 Republic of Ireland Under-21s will play their first home game of the season and their first with fans in almost two years when they take on Luxembourg today.

Ireland drew 1-1 with the visitors only last month in Dudelange. Colm Whelan's first goal for Ireland was cancelled out by a late Dylan Kuete penalty.

The Boys in Green will be looking to go one better at Tallaght Stadium with the Irish public getting a first look at a Jim Crawford U21 team.

Ticket News
Adults tickets are priced at €10, Under-16s €5 with a family ticket (2 adults and 2 children) available for €20. They can be purchsed here

Manager Jim Crawford said: "We're fully focused on Luxembourg and have been working on aspects of our game during the week and we believe we can score goals to win it. It's a short campaign of 10 games, so it's a sprint from the begining, so you're looking to get three points in every game.

"It's great to be able to play in front of fans in Tallaght Stadium and the players are really looking forward to it. There was a real buzz last year playing in Tallaght last year and one thing I can say is that the fans can be impressed with the players we have here because they are a really good bunch."

Republic of Ireland Under-21s squad for Luxembourg U21

Ireland will take on North Macedonia on Sunday, October 10 followed by Poland on Wednesday, October 13 in the first round of qualification for the Under-17 EUROS, having played Andorra yesterday and winning 5-0 in comprehensive style.

All games will be at the home of Cork City, Turner’s Cross, with fans able to back the Boys in Green with tickets priced at €5 for adults and €1 for kids/students/OAPs.

Around 1,000 fans saw Ireland MU17s beat a strong Mexico side 2-1 last month and Head Coach Colin O’Brien is calling on Ireland fans to come out in numbers to support his exciting young team.

He said: “The players were speaking after the win over Mexico about just how much the crowd encouraged them and got behind them and I think that shows just how vital the supporters can be during a game. They (the players) really felt that fan-to-player connection and having a crowd at Turner’s Cross was huge for us.

“These are three big games that set-up our season and I’m sure the Irish fans will be there to get behind this young and exciting Ireland team.”

On his squad O’Brien added: “Having the National League run through the summer gave us a great opportunity to look at a lot of the players and that has helped us in our selection process.

“There’s a very good dynamic within the team which I believe transfers onto the pitch. The players get on so well together and you see that on the pitch.

“I feel there are some really good players in this group with high potential and it is exciting to have them together for these upcoming games.”

Republic of Ireland Men’s Under-17 Squad