PETER HAIN, the former Secretary of State for Northern Ireland, said it was his ‘duty’ to name Philip Green as the businessman accused of harassment in a British newspaper.

On Tuesday, the Daily Telegraph reported it had spent eight months investigating allegations of bullying, intimidation and sexual harassment against a leading businessman.

An interim injunction prevented the paper from naming the businessman, who, it claimed, had used non-disclosure agreements to ‘silence’ accusers.

However Lord Hain, who served as Northern Ireland Secretary from 2005-2007, used parliamentary privilege to today name Sir Philip as the man behind the injunction.

Speaking in the House of Lords, Lord Hain said he had been in contact with someone ‘intimately involved’ in the case.

“I feel it’s my duty under parliamentary privilege to name Philip Green as the individual in question,” said Lord Hain, “given that the media have been subject to an injunction preventing publication of the full details of a story, which is clearly in the public interest.”

The Daily Telegraph says the allegations at the centre of its investigation were of such weight they could reignite the worldwide #MeToo movement.

In a statement this evening, Sir Philip, who infamously sold BHS for just £1 a year before its collapse in 2016, denied the allegations.

“I am not commenting on anything that has happened in court or was said in Parliament today,” he said.

“To the extent that it is suggested that I have been guilty of unlawful sexual or racist behaviour, I categorically and wholly deny these allegations.

“Arcadia and I take accusations and grievances from employees very seriously and in the event that one is raised, it is thoroughly investigated.

“Arcadia employs more than 20,000 people and in common with many large businesses sometimes receives formal complaints from employees.

“In some cases these are settled with the agreement of all parties and their legal advisers.

“These settlements are confidential so I cannot comment further on them.” 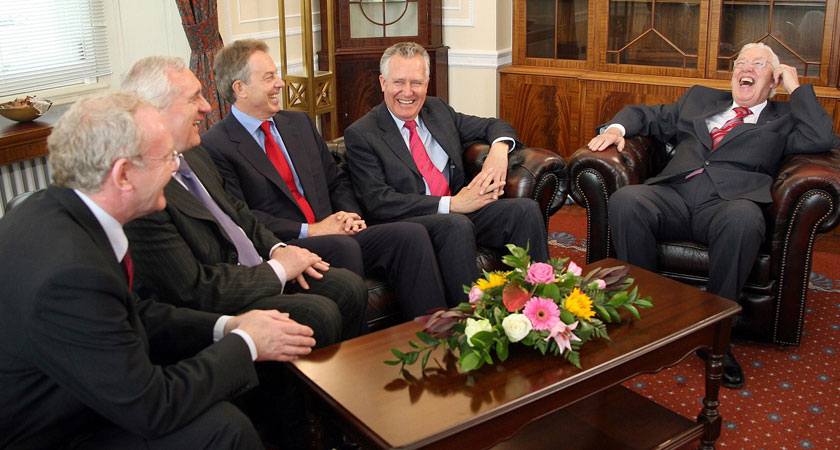 As Northern Ireland Secretary, he oversaw the return of power-sharing in 2007 after five years of direct rule from Westminster.

Sir Philip was made a Knight Bachelor in the 2006 Queen’s Birthday Honours.