ARCHAEOLOGISTS are carrying out an excavation after finding four well-preserved skeletons dating back to the medieval period, just inches below the ground in Kilkenny.

The medieval skeletons were discovered when Kilkenny Archaeology were monitoring excavations on a service trench near   St. Mary's church.

They were not wealthy, and instead they were probably the poor of the medieval town.

Upon the discovery, Cóilín Ó Drisceoil, Managing Director of Kilkenny Archaeology gave some insight into who these ancient skeletons belonged to: "The four skeletons can be dated to c.1250-1350 AD based on pottery found in their graves meaning they are of the first few generations of Anglo-Norman colonists in Kilkenny. Their place of burial, in the south-west corner of the city's main graveyard around St. Mary's parish church, would typically imply they were not wealthy, and instead they were probably the poor of the medieval town." 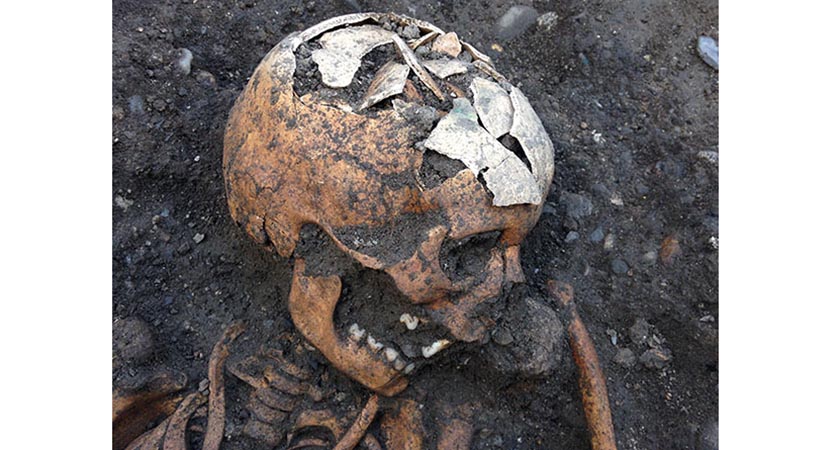 Ó Drisceoil believes the fact that of the skeletons weren't buried in simple shrouds (and not coffins) further proves they were poor.

All of the skeletons are female: there are two children (aged around eight years old), a young adult in her teens/early twenties and an adult aged around 25 plus.

No causes of death have yet been identified but this may come out of the lab analysis.

The discovery of the skeletons shows the harsh reality of life for many people in Ireland in medieval times.

"The teenage girl appears to have not had an easy life as her spine was damaged from the prolonged lifting of heavy weights and one of her legs appeared to be shorter than the other, meaning she would have walked with a pronounced limp. One of the child skeletons also showed evidence of a severe iron deficiency which was probably caused by malnutrition", continues Ó Drisceoil.

One of the child skeletons also showed evidence of a severe iron deficiency which was probably caused by malnutrition", continues Ó Drisceoil. 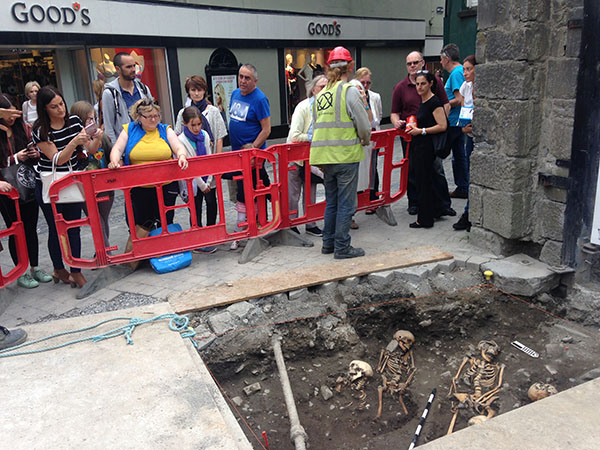 “They had some deformities in their skeletons due to hard work at a young age. The skull of one of the children had some evidence of iron deficiency, they were able to tell that straight away but they’re going for full analysis at [a] lab,” said Ms Graham.

The remains will be removed for further study, but may eventually be returned to St. Mary's for burial.