LEEDS, ENGLAND - MAY 16: In this handout provided by West Yorkshire Police, a photo included in the Order of Service for the murdered teacher Ann Maguire's funeral is displayed on May 16, 2014 in Leeds, England. A fifteen year old male student has been arrested and charged with the murder of teacher Ann Maguire, 61, who died from multiple stab wounds after the attack in her classroom at Corpus Christi Catholic College. (Photo by West Yorkshire Police via Getty Images)

WEST Yorkshire coroner David Hinchcliff is to hold a full inquest into the death of Ann Maguire, 61, the school teacher murdered in her own classroom.

Mrs Maguire, was just months away from retirement when she was stabbed to death by a student in 2014, while teaching a class at Corpus Christi Catholic College in Leeds.

Leeds Coroner’s Office confirmed to The Irish Post that the West Yorkshire coroner David Hinchcliff  had not yet fixed a date for the inquest as enquiries were still ongoing.

Mr Hinchcliff confirmed at a pre-inquest review hearing in court that the inquest would go ahead.

Will Cornick, who was 15 at the time, was ordered to be detained for a minimum of 20 years after admitting the murder of Ann Maguire.

A full inquest is not usually held following a successful prosecution.

Mrs Maguire's husband Don has called for a full independent inquiry into the circumstances of his wife's death.

He believes that because of Cornick's guilty plea the incident was never fully reviewed, and that it is important to know whether anything could have been done to prevent his wife’s death.

Mrs Maguire, whose parents came from Mayo, had taught Spanish at Corpus Christi Catholic College for more than 40 years. 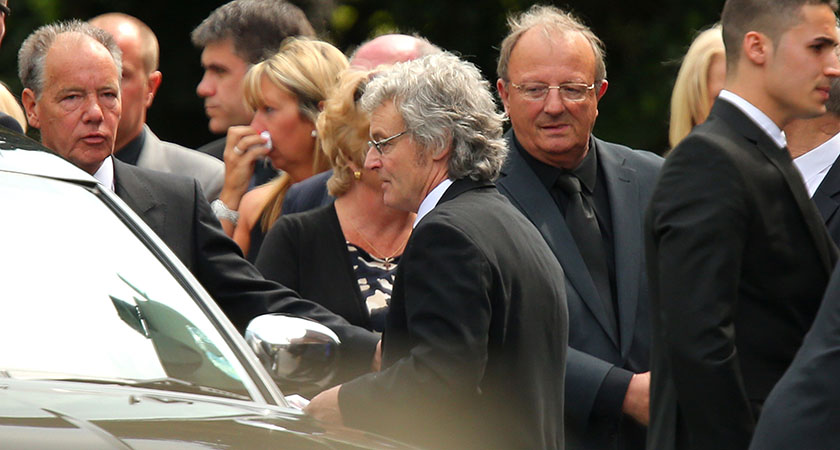 Don Maguire, centre, leaves following the funeral of his wife Ann Maguire at the Catholic Church of The Immaculate Heart of Mary on May 16, 2014 in Leeds, England. (Photo by Dave Thompson/Getty Images)

Last year the convicted murderer Cornick lost an appeal to have his 20-year minimum term reduced.

The court heard that the 15-year-old had boasted he was going to kill Mrs Maguire. Cornick winked at another boy before launching into the savage assault. He stood behind Mrs Maguire and stabbed her seven times as she taught a Spanish class, Leeds Crown Court heard during his trial.

Cornick's lack of remorse and the level of violence he used  persuaded the appeal court to leave his 20-year minimum sentence unchanged.

A review of the case is already under way by the Leeds Safeguarding Children Board.