Officers were on patrol in Rathkeale town at around 4pm on Friday, January 1, when they came across a building that was once home to a pub with a group of people congregating outside.

As they approached, several fled on foot, making their escape through the grounds of a private home.

Upon closer inspection of the premises themselves, Garda officers found several people inside playing cards.

They were sat close to an open fire with large quantities of alcohol also present. 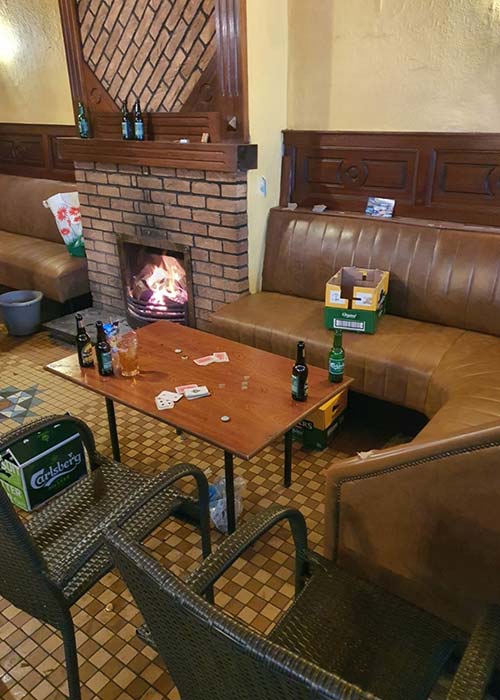 It comes as cases of coronavirus continue to rise in Ireland with the authorities warning of tighter restrictions to come over the coming months.

A Garda spokesperson confirmed the details of the incident: “At approximately 4pm, while conducting patrols in Rathkeale town, Gardaí were alerted to activity at the rear of a former licensed premises. While conducting further inquiries, a number of persons were seen fleeing the area, through a private dwelling, on foot.

“Gardai entered the premises and discovered a number of individuals socialising inside with large amounts of alcohol, playing cards with two open fires lit. The premises is not licensed to trade alcohol.

“Gardai took details of all persons present. Investigations have commenced into the use of the unlicensed premises for alcohol consumption and breach of Covid-19 Public Health Regulations. 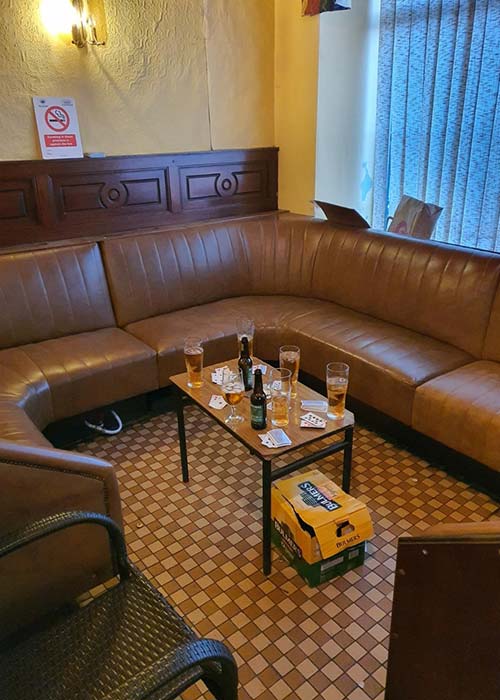 “A file will be prepared and forwarded to the Director of Public Prosecutions for direction. Investigations are ongoing.

“Gardai in Newcastle west are appealing to anyone who may have information on the operation of this premises to contact them on 069 20048 or the Garda Confidential Line on 1800 666 111.”