GARDAI DESCENDED on a busy Shebeen in Co Mayo, taking law breaking punters by surprise midway through their illegal pints.

The makeshift bar was raided at around 8.15pm on Sunday, January 3rd.

A warrant had earlier been obtained to seize and search the Westport outhouse.

Upon searching the premises officers found a well-equipped bar with taps for serving stout and lager, as well as a cooling unit under the counter. A deep freeze unit was used to store barrels outside.

Gardai informed the pubs clientele, several of which were drinking at the time, that they were in breach of COVID-19 restrictions on indoor gatherings.

Among other items seized in the venue were cash, documents, beer taps, a refrigerating unit, and a considerable amount of alcohol, including spirits, wine, barrels, and cans. 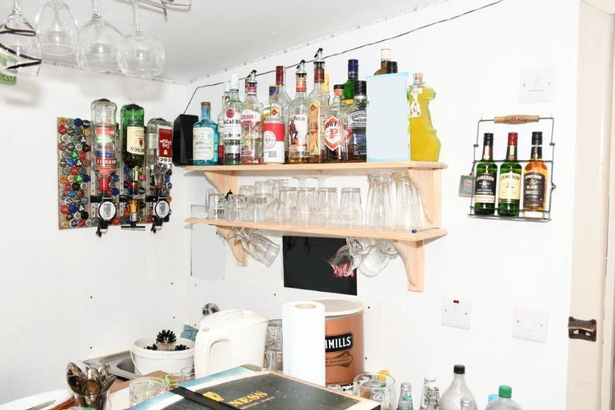 A garda spokesman indicated that "a full investigation is now underway into this matter and files will be prepared for the Director of Public Prosecutions.”

Continuing, the spokesman said: "An Garda Síochána would appeal to anyone with information about the operation of illegal Shebeen’s to contact their local Garda Station.

"In addition to potential criminal breaches by the operator, An Garda Síochána wants to remind every person of their social and personal responsibility not to frequent premises or engage in activity which is likely to contribute to the increasing spread of the Covid-19 virus. 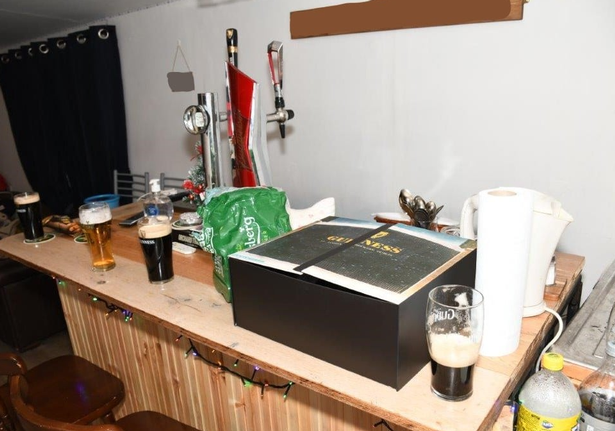 "The Covid-19 pandemic remains a public health crisis and a real threat to everyone, particularly the most vulnerable in our society, the virus is still spreading, it is still leading to serious illness and death.

"An Garda Síochána continues to appeal to all citizens to comply with Public Health Guidelines and Regulations in order to continue to save lives."