*** UPDATE: Callum Coakley has been located safe and well. Gardaí have thanked the public for their assistance.***

GARDAÍ HAVE said they are 'concerned' for the welfare of a 14-year-old boy who is missing from his home in Dublin.

Teenager Callum Coakley, from the Dublin 1 area of the city centre, has been missing from his home since Tuesday.

Callum has not been seen since approximately 7pm, Tuesday 3 March, and both Gardaí and his family are said to be concerned for his safety and welfare.

The 14-year-old is described as being 5'8" in height, of thin build, with brown eyes and black hair, although a photograph released by Gardaí in an attempt to trace him shows a brown sheen in his hair under light. 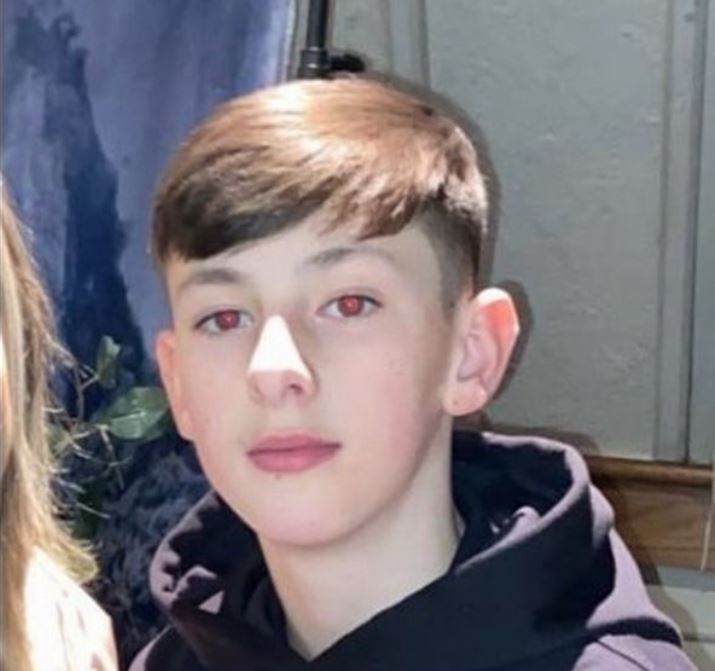 Callum Coakley has been missing from his home in Dublin 1 since Tuesday, 3 March. Gardaí and his family are concerned for his welfare (Photo: An Garda Síochána)

It is not known what Callum was wearing at the time of his disappearance.

Gardaí have now requested assistance from the public in order to trace the missing teenager, with Gardaí in Mountjoy issuing a public appeal for anyone with any information to come forward.