The scene of the rescue near Askeaton, County Limerick, where a car skidded off the road and plunged into the River Deel (Image: Garda Press Office)

TWO MEMBERS of An Garda Síochána are being ailed as heroes for the rescue of a woman whose car entered the water in County Limerick.

On Saturday night last, as Ireland experienced dangerously icy conditions, a woman got into difficulty while driving near Askeaton in County Limerick.

Just after 7pm, Gardaí in Rathkeale were alerted to reports that a car had skidded off the road and entered the freezing water in the River Deel.

The water had begun rising in the car, reaching waist level, and a strong current meant the woman had become trapped in the car and could not open the door to escape.

According to a statement from Gardaí, two officers, Garda Michael Hally and Garda Andrew Maher, rushed to the scene where they saw the car lodged in the river "and a woman sitting in the driver's seat in a distressed state".

Despite the dark and the freezing temperatures, officers Hally and Maher entered the river and managed to get the car door open, pulling the woman to the safety of the riverbank.

Emergency services attended the scene and the driver was checked by paramedics, where she was found to be shaken but was not injured and did not require hospitalisation. 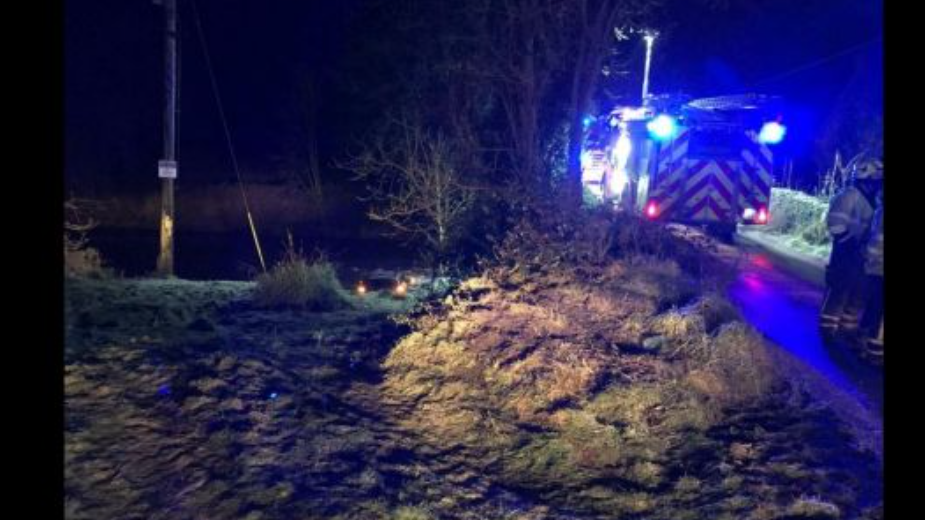 The scene of the rescue near Askeaton, County Limerick, where a car skidded off the road and plunged into the River Deel (Image: Garda Press Office)

The public have praised the two Gardaí involved for their decisive actions which led to the rescue of the woman, with one woman, Katie Durrant, writing on Facebook:

"That's wonderful. Hope the two Gardai are doing well after what must have been extremely traumatic."

"Well done to the brave Gardaí involved," Majella Coffey wrote, while Sharon Sweeney wrote "Thank God for those two Gardaí who risked their lives to save that woman. Well done."

Gardaí have reminded drivers that due to icy conditions which have been prevalent across the country in recent days, motorists should take extra precautions when driving.