A REPORT from An Garda Síochána has stated that officers were spit or coughed at 64 times by members of the public while on duty in the past month.

In the report, which includes regular updates on the Coronavirus-related policing the Gardaí are undertaking, it first began by thanking the "vast majority" of the public for adhering to the guidelines introduced to stop the spread of the virus.

"An Garda Síochána continues to experience a high level of compliance with the public health guidelines at the many checkpoints and high visibility patrols it is conducting at tourist locations, natural beauty spots, and parks and beaches," a spokesperson said.

"During this time, Garda members have interacted with hundreds of thousands of people. The vast majority were adhering to the public health guidelines."

However, "in what continues to be a small minority of cases across the country, despite receiving a number of warnings, some individuals were still not willing to take steps to comply with the public health guidelines".

From 8 April until 9 May, Gardaí report they invoked new temporary powers 192 times, which included either arrests or taking the details of people who were not complying with social distancing guidelines. Some of these incidents are already before the court.

Commissioner Drew Harris said, "We thank the public for the continued high level of compliance with the health guidelines. Working together, we can reduce the spread of COVID-19 to help protect our family, friends, neighbours and colleagues.

"At the outset of the COVID-19 situation, I said that An Garda Síochána will continue to operate as a community-based policing service with a focus on protecting the vulnerable. This approach will not change.

"Recent independent surveys show very high levels of public satisfaction with how An Garda Síochána is operating in this challenging situation. This is testament to the work being done by Garda personnel across the country in difficult circumstances.”

Gardaí have also reported that they were spit at or coughed on by members of the public a total of 64 times since 8 April, and have been forced to use 'spit-hoods' 47 times when conducting an arrest. 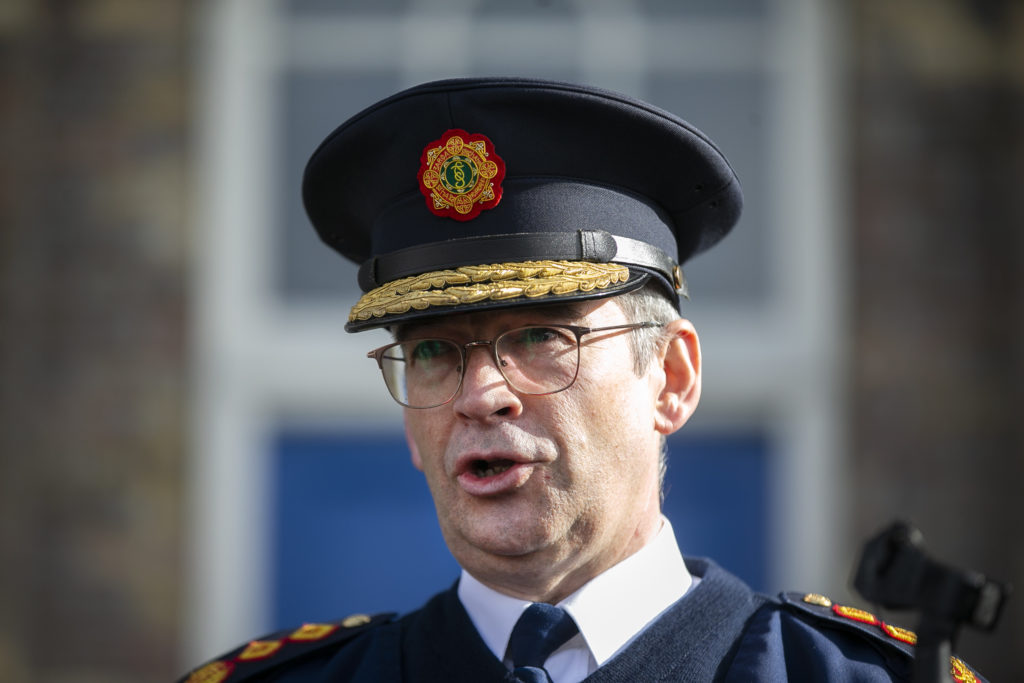 Commissioner Harris condemned the "disgusting and despicable" coughing and spitting attacks on members of the force, saying "these are a significant health and safety risk to our members in the current environment.

"We must protect them from such attacks."

Yesterday the news broke of a railway worker in the UK who died from coronavirus after being spit and coughed at by a man who claimed he was carrying the virus.

Belly Mujinga, 47, and another female colleague who was also subjected to the attack, fell ill with Covid-19 several days after being spit at by the unnamed man.

Ms Mujinga became critically ill and passed away in hospital on 5 April.

Complacency warning after 10,000 Covid-19 cases in a week as numbers rise in all counties