THE SISTER of former US President George H. W. Bush, Nancy Bush Ellis, has died aged 94 due to complications with coronavirus.

She died on Sunday at an assisted living facility in Concord, Massachusetts.

She had been in hospital since December 30 with a fever and tested positive for coronavirus, according to her son Alexander Ellis III.

"We are sad to share that President Bush’s beloved sister, Nancy Bush Ellis, has passed away," the George and Barbara Bush Foundation posted on social media. 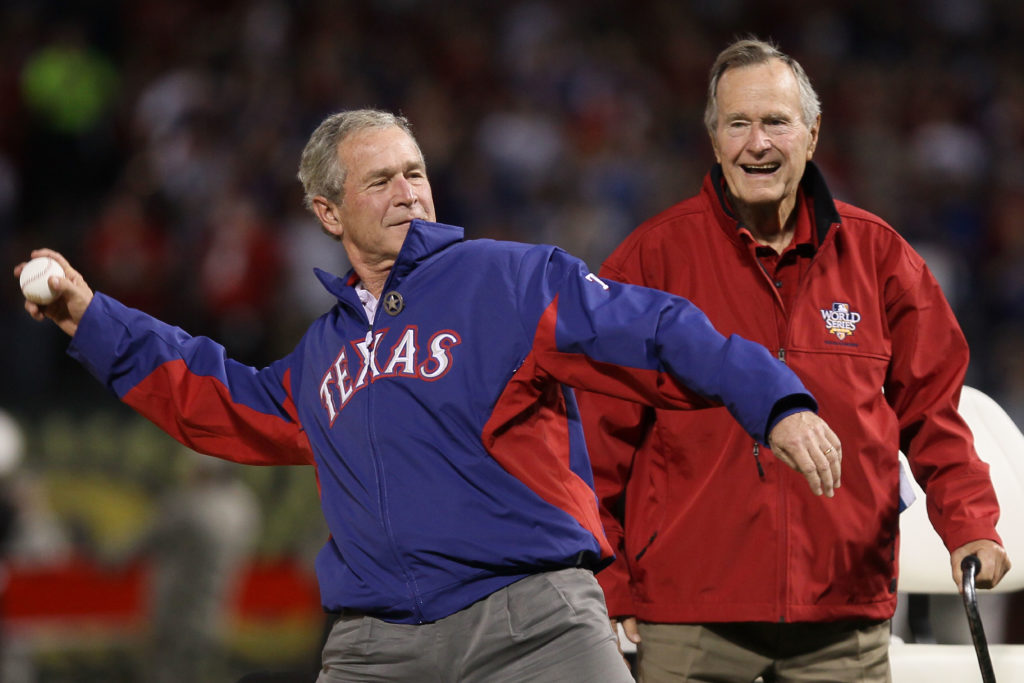 Former President of the United States, George W. Bush, throws out the first pitch as his father Former President George H.W. Bush looks on before the Texas Rangers host the San Francisco Giants in Game Four of the 2010 MLB World Series at Rangers Ballpark in Arlington on October 31, 2010 in Arlington, Texas. (Photo by Elsa/Getty Images)

"Our condolences and prayers are with the Ellis and Bush families as we remember a remarkable woman who brought joy and light to the world."

Despite being a lifelong Democrat, she helped her brother George H. W. as well as her nephew George W. - who were both Republicans - to get elected.

"She was a Democrat for whom family came first," George H.W. Bush biographer Jon Meacham told the Times.

One of five children who was born and spent much of her life living in Massachusetts, she is survived by four children, nine grandchildren and 11 great-grandchildren