GERRY ADAMS has had two convictions for attempted escapes from prison quashed after the Supreme Court yesterday ruled they could be overturned.

The former Sinn Féin president spent time in Maze Prison, also known as the Long Kesh internment camp, in the seventies, and made two attempts at escape in 1973 and 1974.

An additional prison sentence of four and a half years was implemented for his escape attempts.

However, the Supreme Court has ruled that these convictions now be overturned as they have ruled his original detention 'unlawful'. 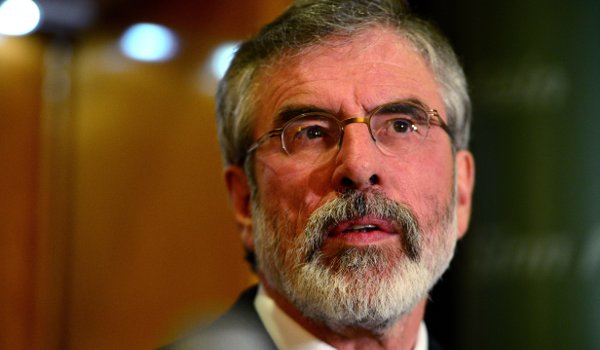 Mr Adams was interned without trial in 1971, a controversial practice which was introduced in Northern Ireland at the height of the 'Troubles' but which has been condemned for imprisoning people without proof of criminality.

Almost 2,000 people suspected of being involved in paramilitary organisations were imprisoned without trial in Northern Ireland during this period.

Mr Adams has always maintained that he was never a member of the IRA.

The BBC reports that lawyers for Mr Adams argued at a hearing in November that his detention was unlawful as it was never signed off by the Northern Ireland secretary at the time, Mr Willie Whitelaw.

Yesterday the Supreme Court agreed, with former Lord Chief Justice of Northern Ireland, Lord Kerr, announcing that the decision to overturn the convictions had been unanimously allowed by the court, for the reason that Mr Adams's imprisonment had not been "considered personally" by Mr Whitelaw.

The power to "detain without trial and potentially for a limitless period", Lord Kerr said in a written judgement, was "a momentous one" and the "crucial decision should be made by the secretary of state".

Gerry Adams has welcomed the decision but says that all others who were also unlawfully detained should be identified and informed by the British Government.