GERRY ADAMS is set to publish his first cookbook detailing some of the recipes he sampled during the Irish peace process.

The former Sinn Fein leader confirmed the plans during a Peile an Phobail event in Belfast on Monday night.

He went on to further tease the plans on Twitter, describing the book as a potential "stocking filler" ahead of Christmas.

The 69-year-old has authored more than 15 books to date, but The Negotiators' Cookbook will represent his first foray into the world of culinary literature.

According to Adams, the book will feature "some of the best-kept secrets" of the 1998 Irish peace process".

In quotes carried by The Irish Times, Adams said: "The British never fed us. They never had any food. But as intrepid republicans and being blessed by one or two great cooks these are the recipes that sustained the Irish negotiating team.

"It contains some of the best-kept secrets of the Irish peace process."

Gerry Adams' most recent book My Little Book of Tweets was published in 2016. The book features a collection of his most bizarre tweets as well as selfies and jokes. 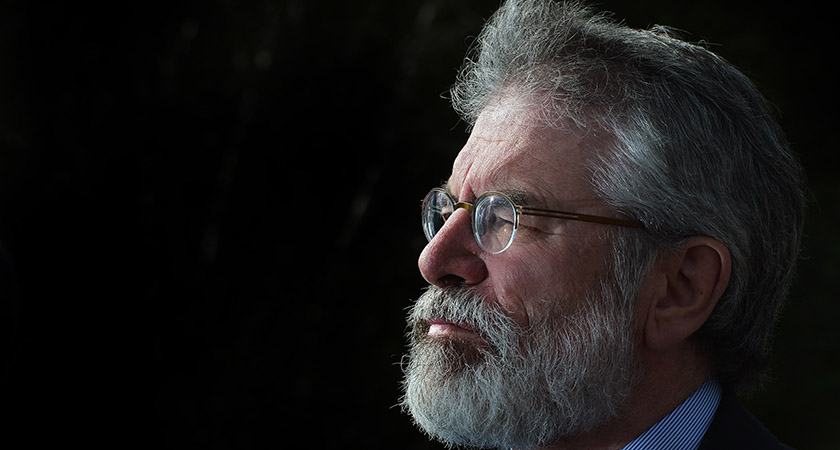 BELFAST, NORTHERN IRELAND - SEPTEMBER 21: Sinn Fein President Gerry Adams pictured at a press conference at Stormont on September 21, 2015 in Belfast, Northern Ireland. The Northern Irish political parties resumed round table talks today after the government commissioned an independent assessment of paramilitary activity. Arrests have been made after police found Semtex and other weapons in West Belfast last Thursday. (Photo by Charles McQuillan/Getty Images)

A keen amateur chef, Adams has been known to tweet pictures of his own cookery attempts.

The cookbook will be quickly followed by another new book of short stories, some five years in the making, which is due to arrive in 2019.