On Thursday the Minister for Foreign Affairs, Simon Coveney TD, presented a range of initiatives to add to the Government’s Global Ireland programme.

The Minister described the connecting theme for all five memoranda as Ireland’s rapidly evolving role in the world, saying that:

“Our Global Ireland programme, launched in June 2018, is now demonstrably providing a robust foundation for a broader, deeper engagement for Ireland with the world, and will be a major platform in renewing international connections and getting Ireland back on the world stage.”

The five memoranda to Government covered the following:

On Ireland’s new overseas missions, the Minister pointed to the strategic importance of each:

The confirmation of Heads of Mission in strategically important Embassies will provide important stability in the coming year:

Special Envoy on Freedom of Opinion and Expression, Katherine Zappone

Additionally, Katherine Zappone has been appointed as a Special Envoy on Freedom of Opinion and Expression. This appointment will provide enhanced capacity for engagement on Irish human rights priorities.

Ireland on the UN Security Council
The Minister provided an update on Ireland’s membership and active engagement on the UN Security Council since 1 January, highlighting particular achievements including; the renewal of the mandate for cross-border delivery of humanitarian aid into North West Syria; the facilitation of the Iran nuclear deal (JCPOA) on the Council; and the leadership role that Ireland has played on the situation in Tigray, Ethiopia. Ireland has been active across the full range of country situations on the Council agenda, including the Middle East Peace Process, Yemen, Myanmar, Libya, Afghanistan and Colombia. 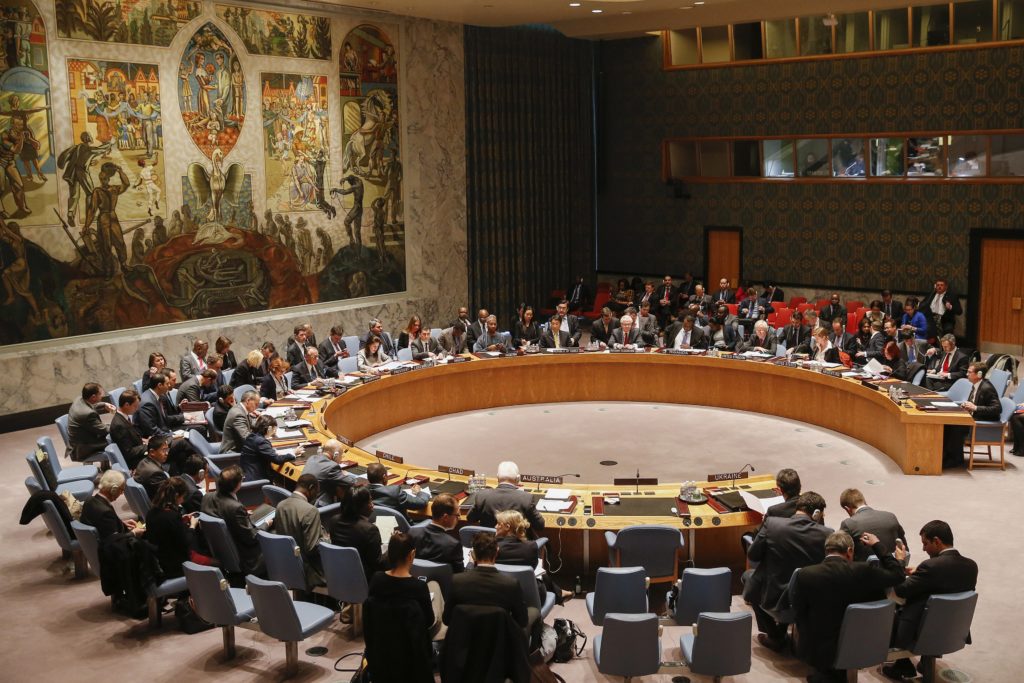 Members of the Security Council at the UN headquarters in New York. photo by Shannon Stapleton/Reuters

The Minister also informed the Government of Ireland’s efforts to improve peacekeeping mandates, advance the Women, Peace and Security agenda, and strengthen the understanding of the link between climate change and instability. Ireland will hold the month-long Presidency of the Security Council in September, and preparations are underway.

On our participation in Expo 2020 Dubai, the Minister said that our programme will be an important marker of Ireland’s international recovery and will:

Turning to the America’s Cup, the Minister said that a successful bid and hosting of the America’s Cup would be a significant expression of, and activation platform for, the Government’s Global Ireland initiative. He added that the event would establish Ireland as a leader of the Blue Economy within the EU and inspire a new generation of technologists in third level education through the application of engineering and science to sport.