Activists of United Hindu Front (UHF) burn an effigy with a picture of Swedish climate activist Greta Thunberg during a demonstration in New Delhi on February 4, 2021, after she made comments on social media about ongoing mass farmers' protests in India. (Photo by Money SHARMA / AFP) (Photo by MONEY SHARMA/AFP via Getty Images)

Crowds could be seen burning effigies of the 18-year-old Swedish climate activist, who angered the United Hindu Front (UHF) – a religious organisation with links to Indian Prime Minister Narendra Modi’s Hindu Nationalist government – by tweeting, "We stand in solidarity with the Farmers Protests in India”.

The UHF carried placards saying it would "not tolerate interference in internal affairs" in response to the tweet from the teen environmental campaigner – as well as posts by the popular singer, Rihanna, who also extended her support for the farmers on social media.

Hundreds of thousands of Indian farmers have gathered in the streets surrounding New Delhi since a farmer was killed in a clash with police on January 26.

They are protesting against new laws to privatise the farming industry that they believe will destroy their livelihoods. 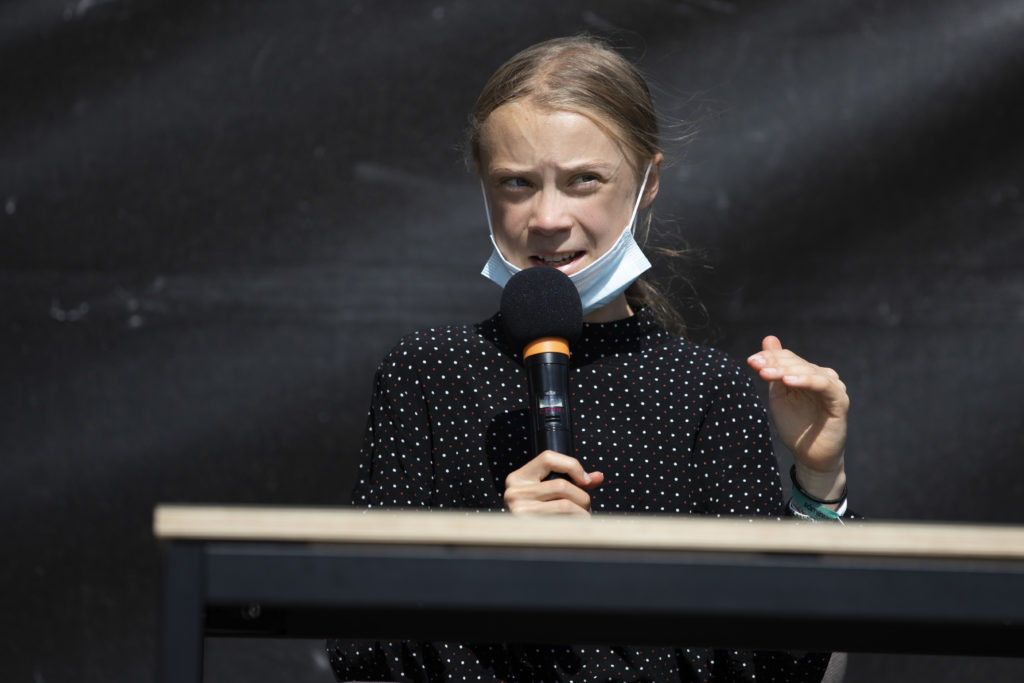 By wading into the debate and even offering “toolkits” on how to protest effectively, Ms Thunberg has both shone an international spotlight on the issue and, according to reports from Indian media, become the subject of New Delhi police investigation.

While she has not been named directly, Indian authorities are investigating a tweet sent from her account with a google document featuring material for protestors to share.

The tweets were deleted soon after and reuploaded without the documents.

One Indian politician said the tweets contained 'evidence of international plans for attacks against India'.

Commenting on the pending investigation, Praveer Ranjan, special commissioner of police for Delhi said: “We haven't named anybody in the FIR, it's only against the creators of the toolkit which is a matter of investigation & Delhi Police will be investigating that case.”

“Preliminary enquiry has revealed that the toolkit in question appears to have been created by a pro-Khalistani Organisation 'Poetic Justice Foundation”, Ranjan said.