THE ICONIC Guinness Storehouse is set to be at the centre of a massive refurbishment plan for Dublin.

A 12 acre site at St James's Gate-- best known as being the home of Ireland's favourite drink, Guinness-- is set to undergo a total transformation as Diageo teamed up with property developers Ballymore.

Having worked on iconic urban areas such as London City Island and London's Old Spitalfield's Market, Diageo chose Ballymore as its development partner as they "share our vision for the future of the site", according to Managing Director Oliver Loomes.

The refurbishment plan promises to transform the St James's Gate area into "a visionary neighbourhood for living, entrepreneurship, creativity and commerce" and will see "an iconic site with a rich heritage become a standard bearer for the city's future". 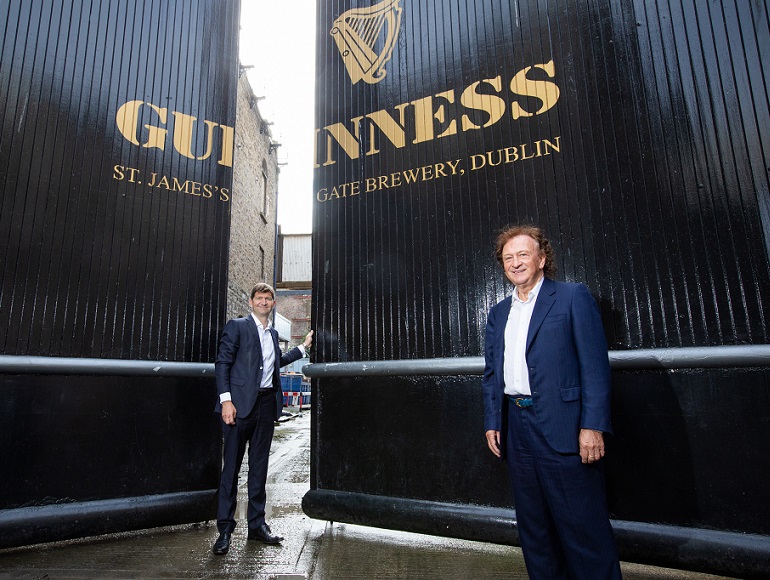 The 12 acre site is set to become Dublin's first zero carbon district, and the partners plan to work with Iveagh Trust to plan for social housing in the area, as well as private housing, commercial units and new public spaces for people to relax.

Ballymore Chairman and Chief Executive, Sean Mulryan, said it's "unusual for a drink to mean so much to so many, but Guinness has become far more than a brand.

"It has become a symbol for Ireland: an icon of heritage for people all over the world.

"St James’s Gate has over 260 years of history, and so, we have a unique responsibility to ensure that when that famous gate opens, it opens to a place synonymous with good times and memorable experiences.”

The Guinness Quarter will be home to a myriad of Diageo Ireland's breweries, including, of course, St James's Gatea and brewery, as well as the new Roe & Co distillery, the Guinness Storehouse and the Open Gate Brewery.