Harvey Weinstein enters a Manhattan court house as a jury continues with deliberations in his trial on February 24, 2020 in New York City. (Photo by Spencer Platt/Getty Images)

HARVEY WEINSTEIN has been found guilty of a criminal sexual act and rape following his trial in New York City on Monday.

He was cleared however of three of the five charges he faced: Rape in the third degree, and a criminal sexual act in the first degree.

The former Hollywood mogul was acquitted of arguably more serious charges, including predatory sexual assault and first degree rape - the former of which carried a potential life sentence in prison if he was found guilty.

The trial has been treated as something of a watershed moment for the #MeToo movement, which was sparked when a number of aspiring young female actresses claimed that Weinstein had abused them. 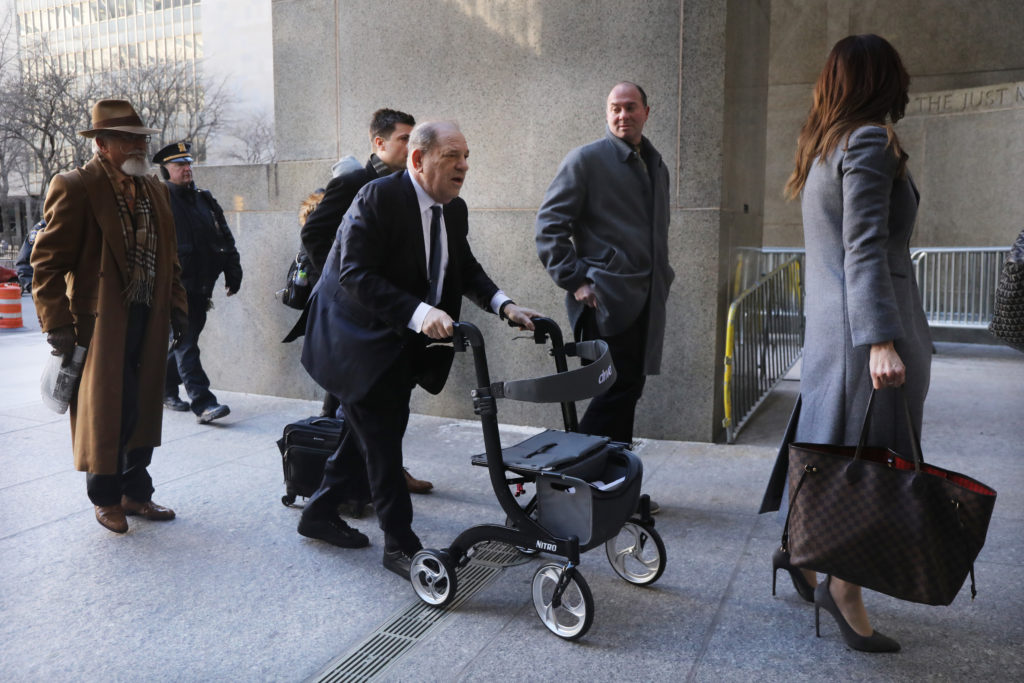 The charge of third-degree rape that Weinstein was convicted of relates to the claim that he attacked actress Jessica Mann in a hotel room in Manhattan in 2013.

The first-degree criminal sexual act charge that he was convicted of relates to the claim that forcibly performed oral sex on production assistant Mimi Haley in 2006.

Six women testified in court against him over the course of the trial, detailing alleged incidents of sexual abuse.

Weinstein, while admitting that his behaviour had "caused a lot of pain", consistently denied all the sexual allegations made against him.