Have you seen Kayla? Urgent appeal to trace 15-year-old girl missing since July

AN URGENT appeal has been launched to trace a teenage girl who has been missing from County Cork for over a week.

Kayla Ryan, a 15-year-old girl from Youghal in County Cork, has not been seen since 30 July, and Gardaí and her family are concerned for her safety.

The teenager, who was last seen at approximately 6.00pm in Youghal, was wearing a black hoodie, black trousers and runners when she was last spotted in the area.

Kayla is described as being around 5'2" in height, with blue eyes, long brown hair and of an average build.

Gardaí have indicated that she is known to frequent the Bandon, Dunmanway and Mallow areas in the county and have urge people from those locations to keep a particular eye out for the missing teenager.

A photograph of Kayla Ryan, released by Gardaí via her family, can be seen below. 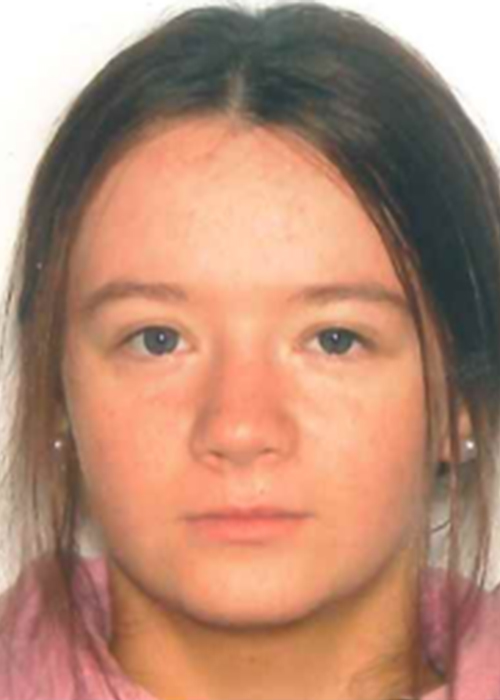 Kayla Ryan has been missing from her home in Youghal, Co Cork, since 30 July. She is described as 5'2" in height, with blue eyes and brown hair and was wearing a black hoodie, black trousers and runners at the time of her disappearance. (Garda Press Office)

Anyone who may information as to her whereabouts or who may have seen her is urged to contact Gardaí at Midleston Garda Station on 021 462 1550, the Garda Confidential Line on 1800 666 111 or any Garda station.