TIPPERARY native Dave Messinger was out walking his dog, Daisy, along the River Suir on Sunday when disaster struck.

Daisy was playing with another dog when she got into trouble and fell into the recently flooded river.

The unlucky pup was swept downstream where after an hour of searching, Dave and his family spotted her clinging onto an old swan’s nest.

Watch the rescue video in full below... 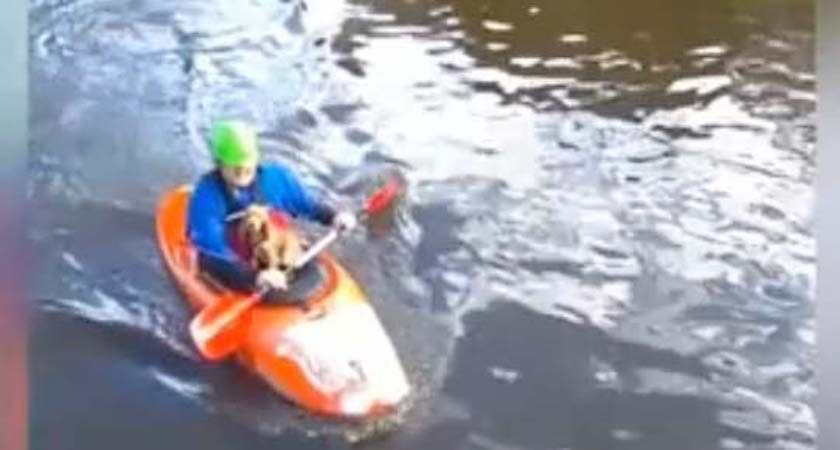 The pup had a lucky escape

Dave quickly enlisted the help of a nearby kayaker named Wesley, who rowed over to the stranded pup and brought her back to shore.

Speaking to The Irish Post, Dave said: "We are just delighted with the outcome and the response we are getting. We really didn't think this story was going to have a happy ending."

"Daisy's agent said she isn't ready for interviews yet so I'll have to step in," he joked. 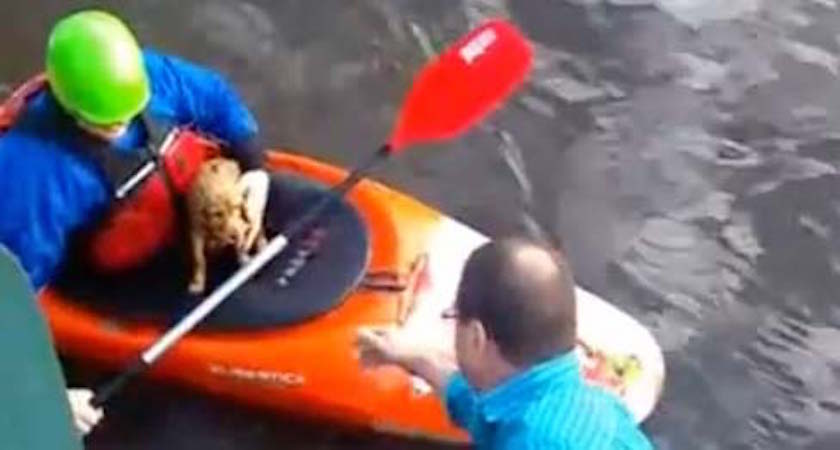 Balto Kayak Club praised their heroic kayaker Wesley on Facebook, calling him a 'true gentleman with a big heart'.

That he certainly is.