AN IRISHMAN living in the US came up with the perfect way to beat the homesick blues: his very own Irish pub complete with pints of Guinness on tap.

Jim Phelan lives in Baltimore, Maryland, with his wife Katie, having made the move over from his hometown of Stradbally, Co. Laois 14 years ago.

But while Baltimore boasts plenty of Irish roots, for Jim it is still a world away from his life back on the Emerald Isle.

Fortunately, Jim and his wife Katie came up a plan to combat his pining for home: Phelan’s Irish Pub.

“When my wife Katie and I decided to purchase a home our search criteria included a wide-open basement which would essentially serve as a blank canvas for this project,” Jim tells the Irish Post. 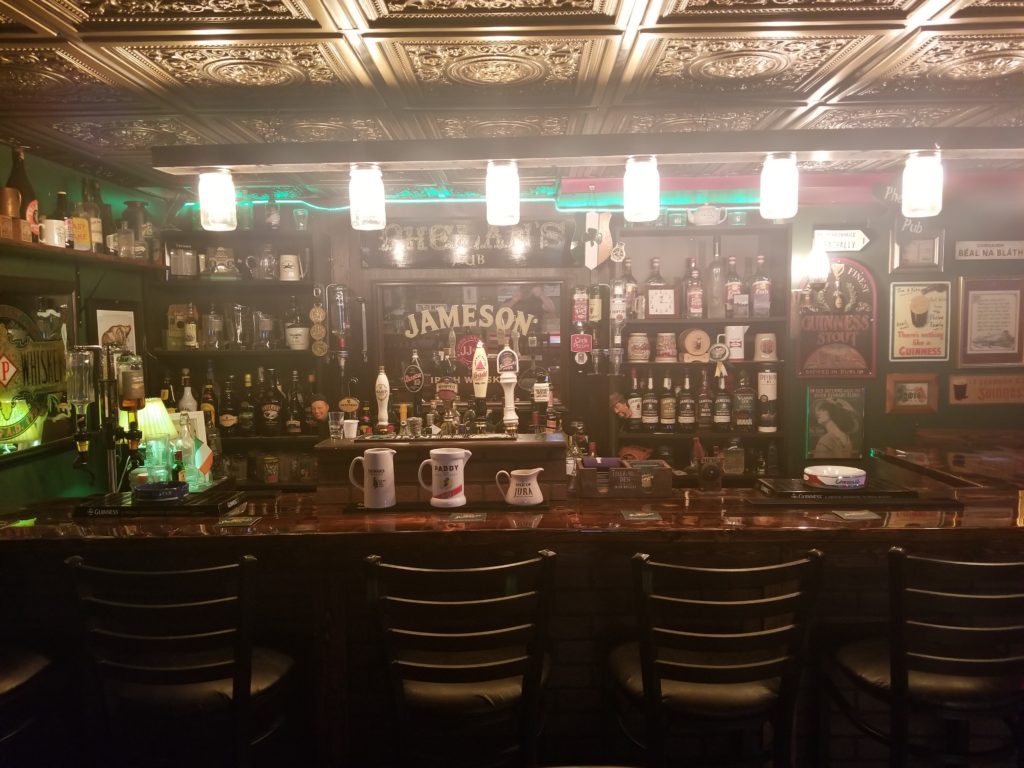 Music was a major motivator in the couple’s decision to build their own bar,

“I am the founding member and banjo player with a Baltimore based Celtic Rock band called 'The ShamRogues' and my wife is one of two Irish dancers within the group,” he says.

“I wanted a place to relax with a beer, she wanted a practice stage and the band wanted a rehearsal space, so throw those three together and a pub seemed to be the perfect solution!”

But while plenty dream of owning their own Irish pub, Jim and Katie had the wherewithal to make it a reality – with a little help from friends and family, of course.

While the bar itself took around two weeks to build with a little help from Katie and Jim’s mother-in-law Peggy, getting the necessary décor to turn it into a proper Irish pub took over three years.

“I'm constantly on the lookout for bits and pieces and many of our friends have contributed to our decor including several beautiful pieces that were gifted to us from our friends and family in Ireland,” Jim explained.

“The centerpiece of the pub has to be my collection of Preakness Stakes commemorative glasses. They were introduced in 1973, the year that Secretariat won the Triple Crown, and I've managed to collect them all to date.” 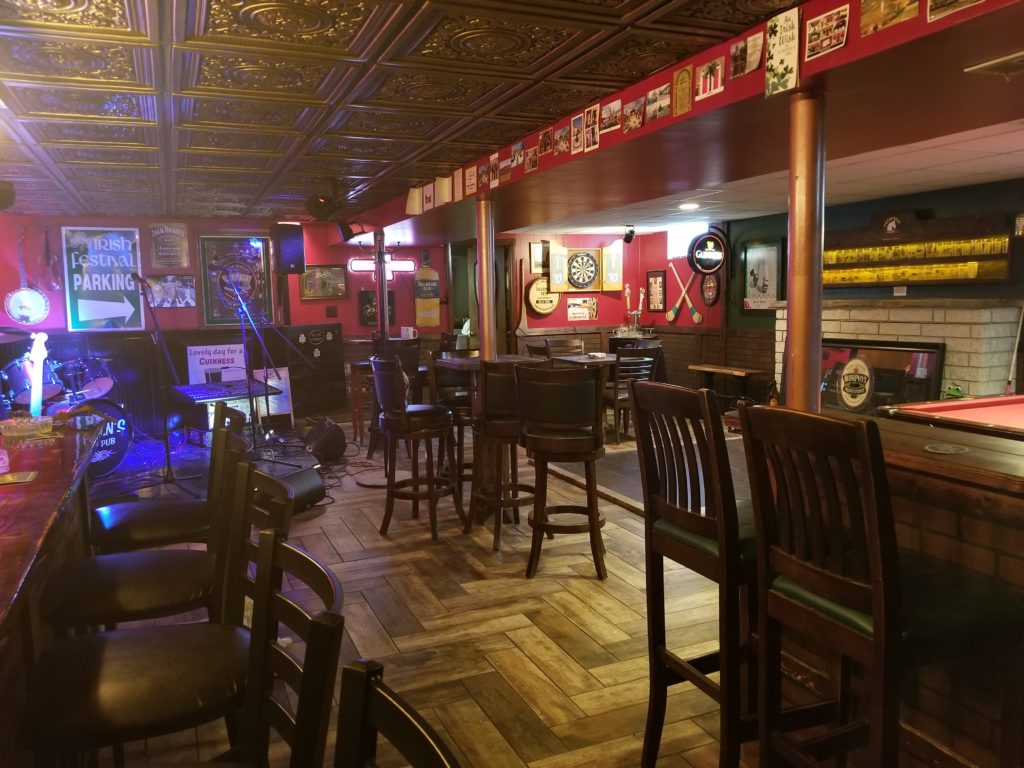 The result is as authentic an Irish pub as you could possibly imagine from the dark red hues of the walls and distinctive green of the bar’s colour scheme through to the bar stools, dart board, pool table and impressive array of beers, stouts and spirits on offer.

Phelan’s Irish Pub has become a place for all occasions, whether it’s Jim and Katie enjoying a drink or two in the company of their two dogs, Lucky and Piggy Tom Tom, or  with friends enjoying the couple’s Irish-tinged hospitality.

“Our friends and their friends love the place,” Jim says.

“Several have commandeered the pub for private birthday parties and such. Sadly, Katie's brother Sean passed away shortly after we finished the pub so we've even hosted a wake here too but that only adds to the authenticity.” 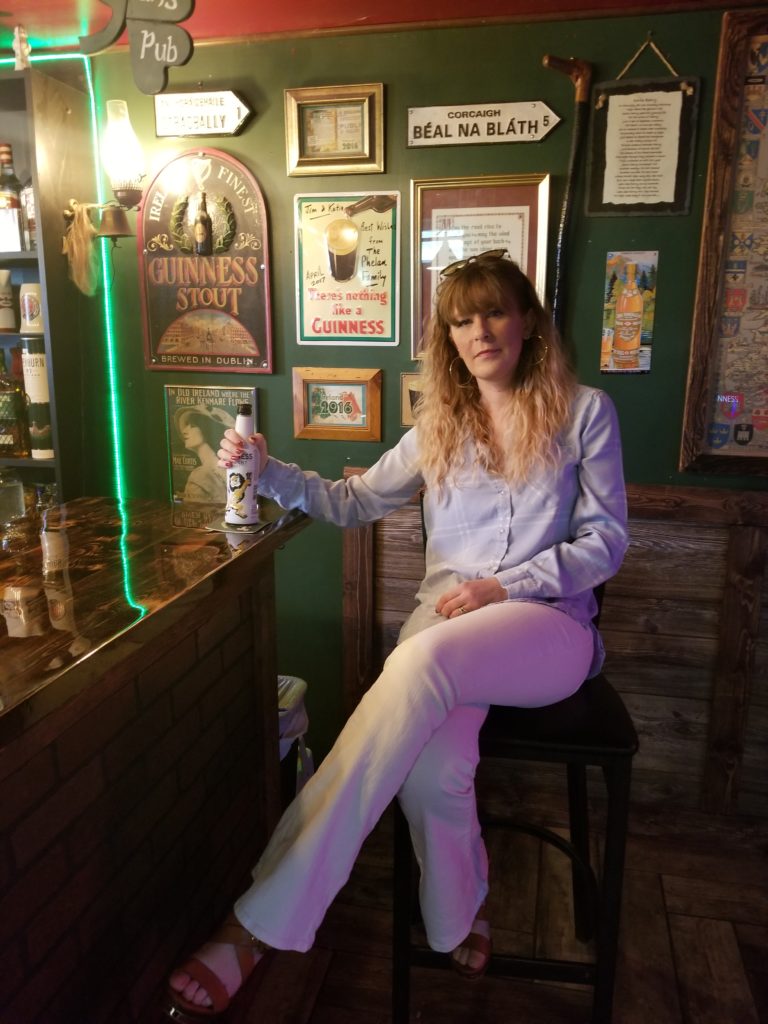 Phelan’s Irish Pub has proven to be the venue for all occasions including the kind of laughs, live music and merriment you would expect to find in the local bar back in Stradbally.

It’s provided a few surprises for Jim and Katie too.

“Possibly the most satisfying (and somewhat annoying) thing about this little hole-in-the-wall is that, after a few drinks, some of our guests tend to forget that they're in a house and not an actual pub,” Jim laughs.

“We've been known to encounter random people wandering about upstairs trying to find their way back to the bar. So much so that I had to add a reminder in the form of a Private Residence door at the base of the steps, it's still not foolproof but it certainly helps!” 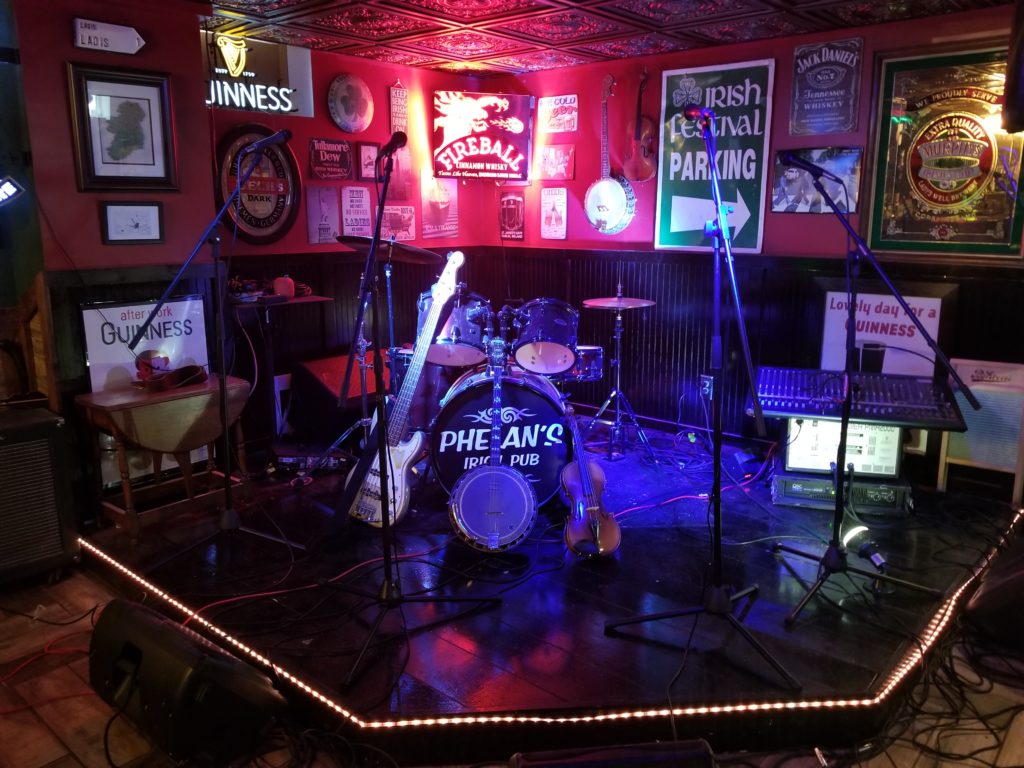 A home away from home for Jim, the current lockdown restrictions may have curtailed his parties with friends and neighbours for now, but the drink is sure to be flowing again before soon.

In the meantime, Irish pub lovers everywhere will be raising a glass to Jim and Katie’s endeavours.