HONG KONG could be covering up the British crown on its post boxes – some 18 years after breaking free from British rule.

Like in Ireland, post boxes emblazoned with the British crown and the monarch’s royal monogram were erected in Hong Kong during its time as a British colony.

But in both Ireland and Hong Kong, most of these post boxes were left in situ after independence – and merely painted green in both cases.

Now, the Hong Kong Post wants to cover the symbol on these historical post boxes for the first time since reverting to Chinese rule in 1997.

And plans to remove the crown symbol now have been met with mixed reactions from the Hong Kong people, as discussions continue.

Some groups – including the Hong Kong Post – believe the symbol of British dominance is inappropriate now but others believe the boxes should be left as a cultural symbol.

“Our colonial history is still part of our history. Even if we remove all our colonial-style heritage, we cannot make that part of history disappear forever in Hong Kong,” the Hong Kong Conservancy Association's assistant campaign manager Roy Ng told the BBC. 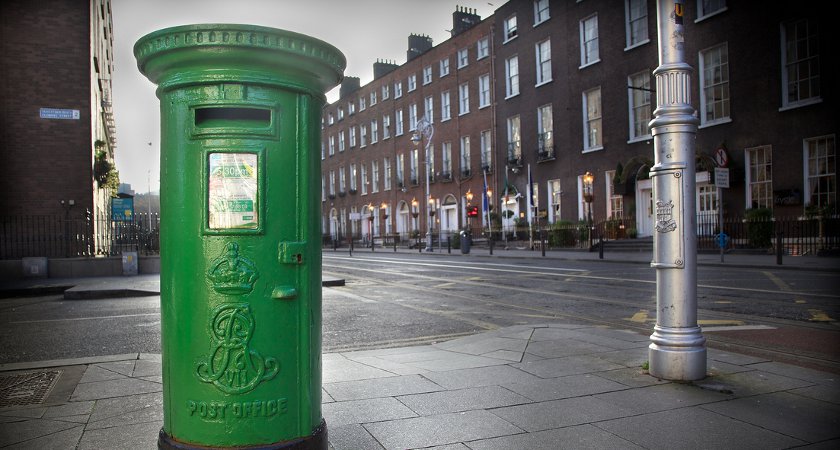 While the more recent post boxes bear Elizabeth II’s emblem, the oldest ones date back to George V’s reign – making them up to a century old.

The case is strikingly similar to Ireland, where the post boxes were given a fresh coat of green paint after the Anglo-Irish Treaty of 1922.

To this day, many actively used post boxes around Ireland bear the British crown crest.

In fact, one of the oldest surviving post boxes in British history dating back to 1856 is housed in Ireland – in An Post’s Dublin museum.

The exact number of British post boxes in Ireland is unknown.

While some bear the monarch of the time’s symbol to this day, others are “hybrid” post boxes, with Edwardian surrounds and a replacement door bearing the symbol of the Irish Free State.

Ireland’s oldest post boxes date back to the country’s last British king was George V, who reigned from 1922 – almost 100 years ago.