HUNDREDS OF people have been issued with fines at Dublin Airport when they were caught trying to leave the country for 'non-essential travel'.

Under Level 5 restrictions, the Irish public are told not to go beyond 5km of their homes unless for essential reasons such as food shopping or for work which cannot be done from home.

While the vast majority of the public are adhering to these rules, An Garda Síochána have revealed that they have broken up multiple house parties, closed down businesses which have opened despite restrictions, and fined hundreds of people attempting to leave the country from Dublin Airport.

Public anger was palpable last week when an RTÉ segment showed tanned holidaymakers returning from Lanzarote as the country passed the sombre death toll of 3,000 dead.

One man who was interviewed as part of the segment said it was "all Irish" in Lanzarote.

Now Gardaí have stepped up the policing of ports and airports, and have confirmed that between Thursday, 29 January and Sunday 31 January, a total of 280 people were fined for attempting to leave the country for non-essential reasons. 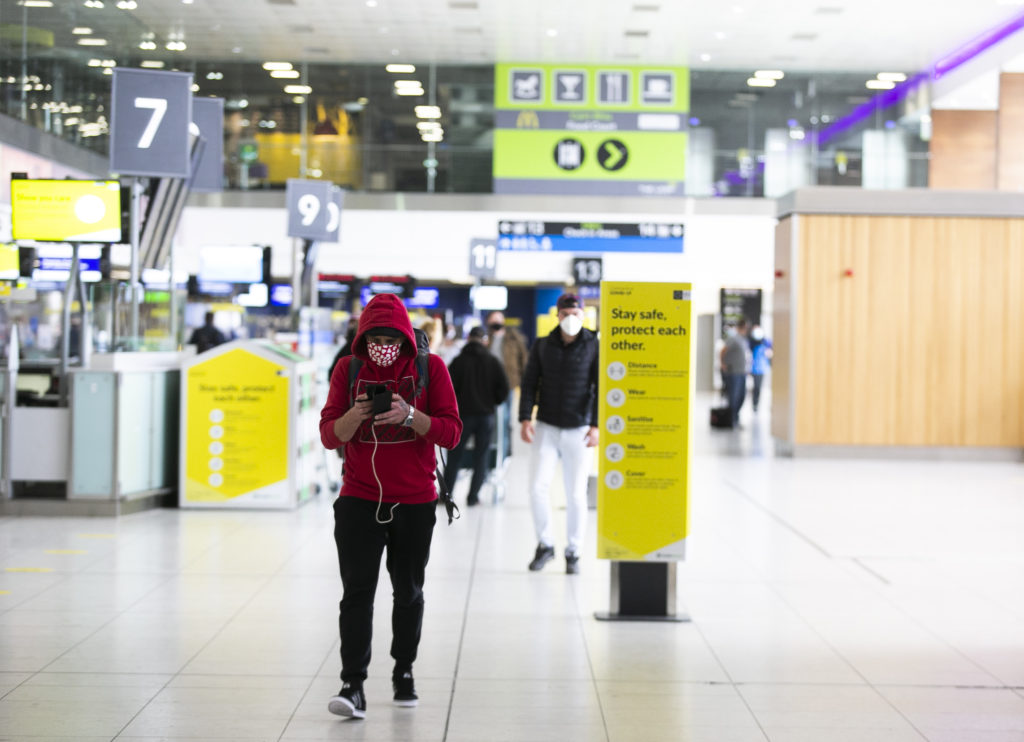 All 280 were issued with fines totalling €100 each-- however a crackdown in policing which came into effect yesterday means that anyone attempting to do the same thing will now be hit with €500 fines.

Similarly, Gardaí say they have dealt with more than 300 people who entered Ireland from abroad without a negative PCR test, a mandatory requirement when arriving from abroad. Files for each of those breaches are being prepared and sent to the Director of Public Prosecutions.

House parties were shut down across the country over the weekend, including in Dublin, Sligo, Galway, Kildare, Kilkenny, Westmeath, Limerick, Cork, Tipperary, some with large groups of over 30 people.

Speaking on the new figures, Deputy Commissioner, Policing and Security, John Twomey said, "The vast majority of people continue to comply with the public health regulations. In doing so, they are protecting themselves and others.

"However, some people continue to engage in behaviour that puts themselves, their loved ones, their colleagues and their neighbours at risk of catching COVID-19.

"At this stage, no-one can say they aren’t fully aware of the public health advice and the potential dangers - including death and serious illness – of not following that advice."

He went on to again urge people to stay at home in order to beat the pandemic.