‘I never believed in ghosts... until I arrived here’ – Canadian Ambassador to Ireland says home is haunted by ghost of Patrick Pearse

Kevin Vickers took to Facebook to explain that he has been hearing unusual noises such as bangs, laboured breathing and heavy footsteps in the halls of the home.

He even suggested that the spirit of famed Easter Rising leader Patrick Pearse could be behind the spooky happenings. 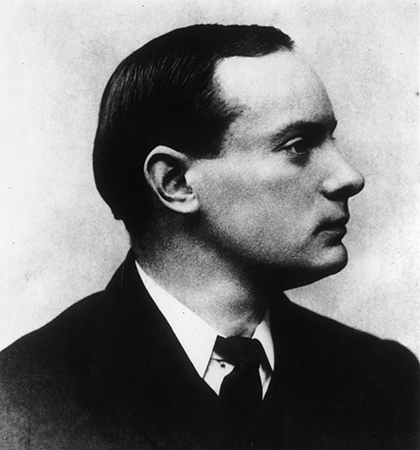 The ambassador, who has been posted to Ireland since January 2015, said he has heard rumours that Pearse once lived at the home – before his execution for the role he played in 1916’s rebellion.

Vickers added that the peculiarities at Glanmire House had become so unbearable that a member of staff often refuses to venture upstairs.

"So I wonder if it is he who walks the hallways of this residence," the ambassador wrote in his Facebook post.

“Some evenings he or she seems agitated. Then days go by and all is quiet.”

Mr Vickers said he had “never believed in ghosts” until moving to Ireland two years ago.

He said he was watching television recently "when all of sudden I heard a heavy chain fall on the floor in the dining room. I immediately went there and there was nothing on the floor.”

He explained that his “wonderful maid, Anna” sometimes refuses to go upstairs in Glanmire House due to the unsettling occurrences.

Mr Vickers, who was appointed Sergeant-at-Arms of Canada’s House of Commons in 2006, made international headlines when he shot dead a gunman rampaging through Ottawa’s Parliament building in 2014.

The 60-year-old Mounties veteran also intervened when a republican protester disturbed a memorial for British soldiers in Dublin last year.

Vickers took hold of the protester by both arms and dragged him across the lawn before handing him to Gardai.

"If anyone doubts the validity of this story, you are welcome to come and stay a night or two here," Vickers added.