A TRINITY College Dublin blog will release rare photographs and anecdotes from 1916 Ireland, as the country gears up to celebrate the centenary of the 1916 Rising next year.

Each week, the Changed Utterly: Ireland and the Easter Rising blog releases rare and important artefacts from the time of Ireland’s independence.

The blog aims to showcase Trinity College’s rich and diverse collection of artefacts relating to the Rising from its library.

Rarely seen pictures from Dublin City Centre in the days after the Easter Rising, stories of those taking exams in Trinity College during the gunfire of the Rising and letters from a doctor to his sons who were fighting in World War I are just some of the treasures that have gone on display to date. 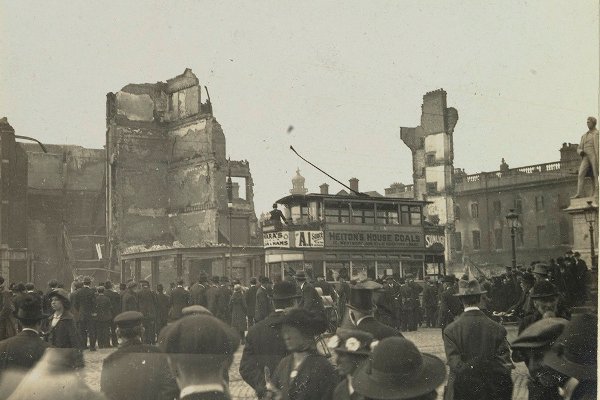 This week’s blog takes a look at the damage inflicted on Dublin’s architecture during the violence over the course of the Rising.

The photographs, taken by Limerick-born Thomas Johnson Westropp, an antiquarian who studied and recorded archaeological sites in Ireland, show the devastation in the aftermath of the battle that would kick-start Irish independence.

Take a look at some of the incredible pictures below