ONE OF the original Leaving Certificate maths exam papers taken by students in 1990 has surfaced online.

The 'ordinary level' paper was originally taken by pupils at 9:30am on Thursday, June 7.

Worth a total of 300 marks, the paper saw entrants given two-and-a-half hours to answer five questions.

For most of us here at The Irish Post, the paper prompted flashbacks to feels of panic in a silent examination room while those around you appeared to race though the various questions on offer.

It was a reminder of a time when you were convinced fractions and equations would prove to be an important part of everyday life.

When triangles, circles and squares dominated your every waking moment.

Thankfully, that's all the past.

But the question of whether the paper is difficult compared to the current Leaving Cert is still the source of some debate.

Check out the full exam paper below, with a little bit of the "workings out" scratched on in pencil for extra authenticity.

You might want to test your maths knowledge, compare it to a modern paper or simply gawp at it and wonder how you ever made it through school.

Whatever the case, it makes for a fascinating/terrifying read: 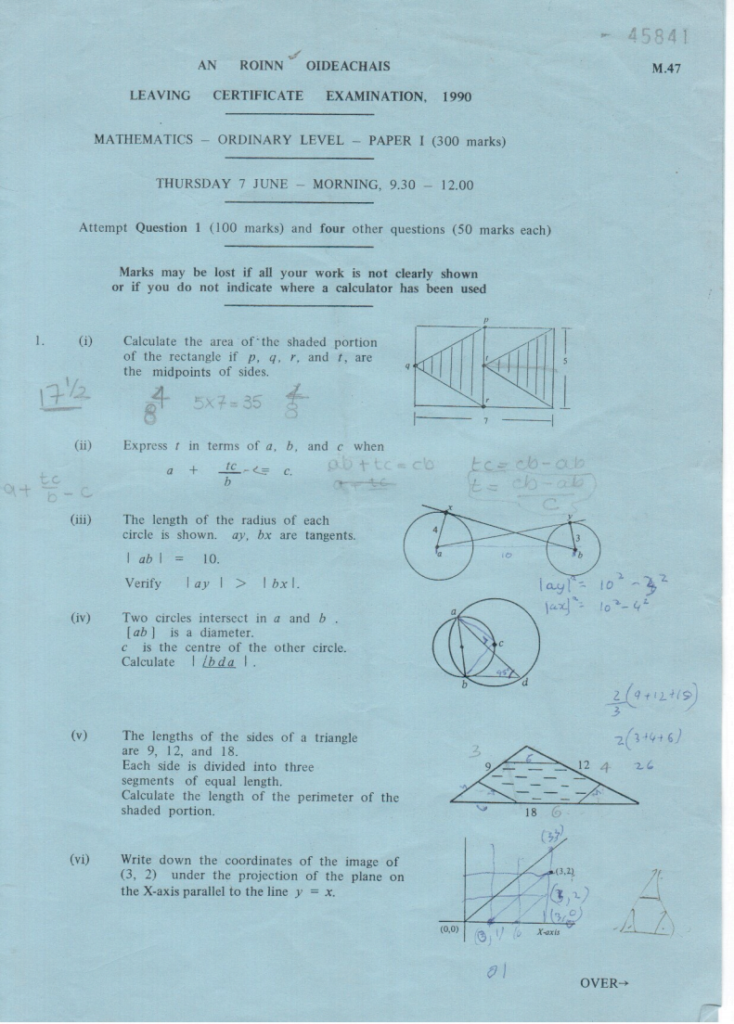 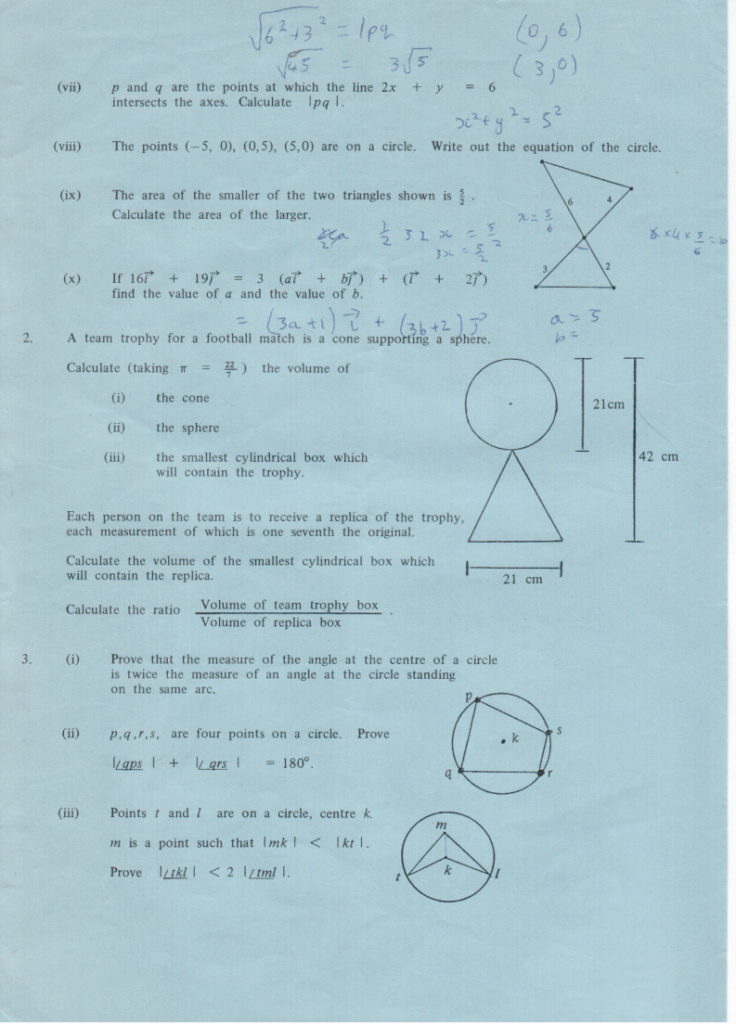 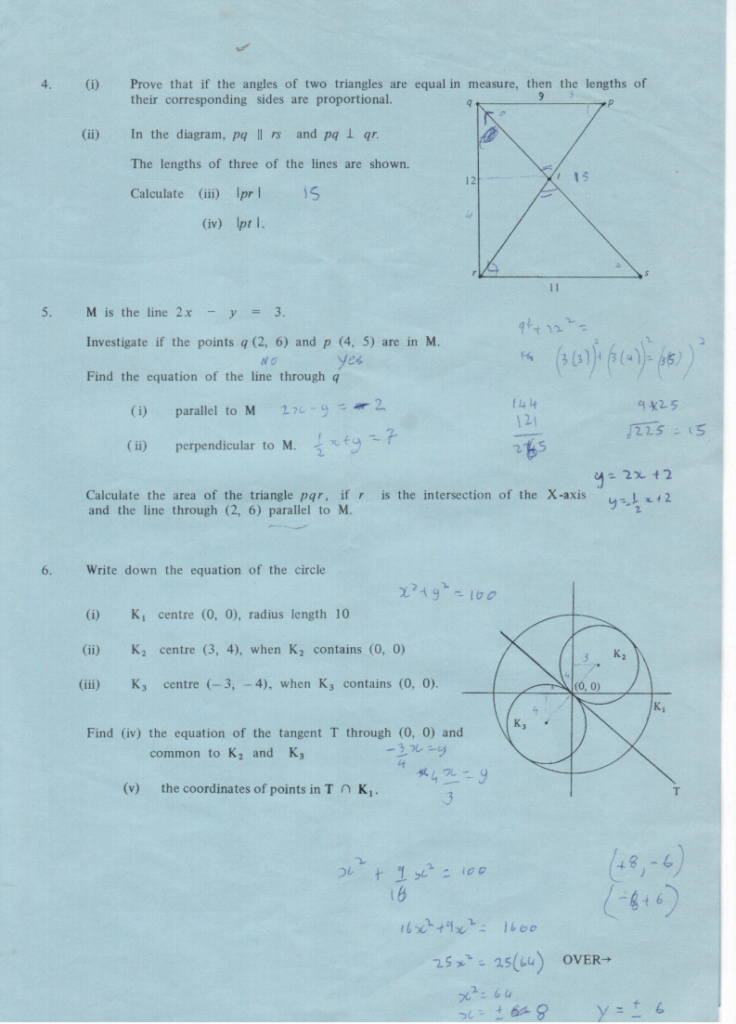 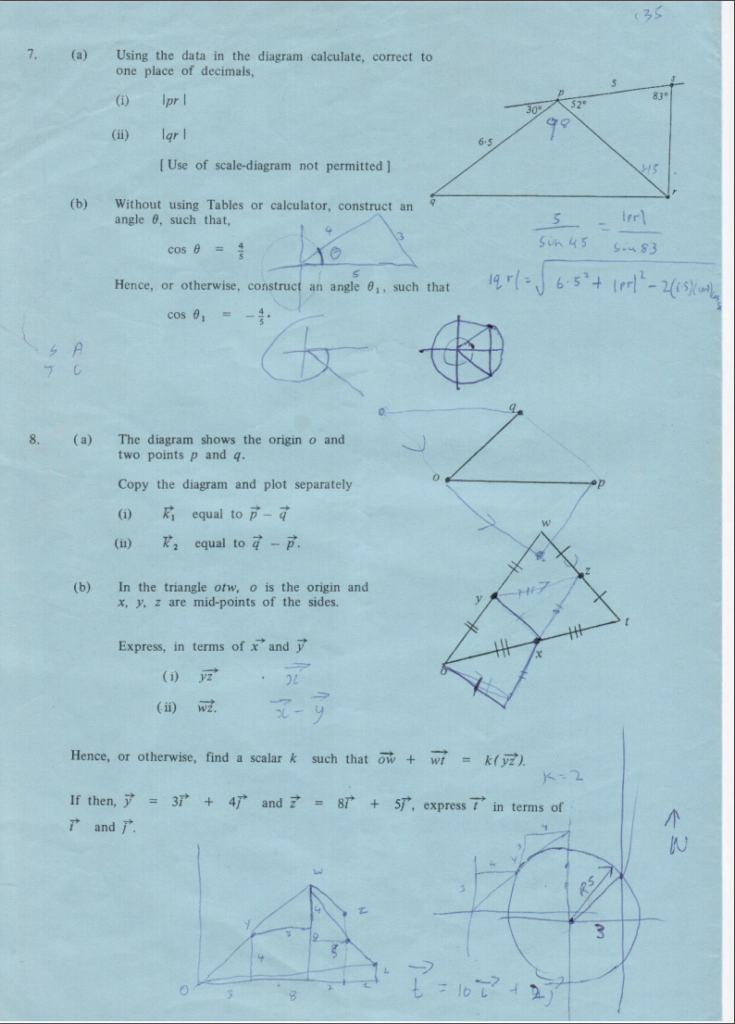