THE IRISH Rugby Football Union has unveiled the strip Ireland will be wearing for their upcoming victorious Rugby World Cup campaign.

Joe Schmidt’s side kick-off their campaign in Japan against Scotland on September 22 in Yokohama City, with matches against Russia, Samoa and the hosts, Japan, to follow.

Should they progress as winners of Pool A then Ireland will be on course to meet either New Zealand or South African in the knockout stages.

The All Blacks remain the firm favourites to retain the trophy but Ireland are among the front-runners to challenge the holders making the reveal of their new jersey headline news.

The home jersey, made by Canterbury, will be worn by the likes of Conor Murray and Johnny Sexton and features " a familiar and distinctly Irish Bosphorous green with subtle white trim" that incorporates "advanced technology and cutting-edge design". 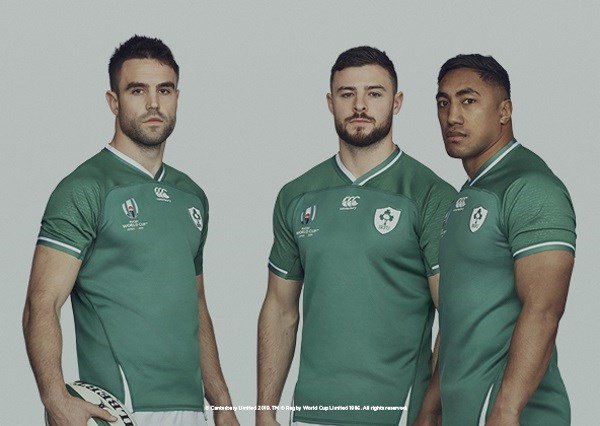 The alternative strip, meanwhile, comes in a “striking anthracite and textured white” and features the Ogham script for ‘Aontacht‘ or ‘Unity’ which, according to the IRFU,  represents "the unique coming together of the four proud provinces of Ireland."

Irish rugby fans will be able to choose from three different types of jersey, including the Text, Pro and Classic.

Commenting on the new kit, Ireland and Leinster centre Robbie Henshaw said: "Canterbury has produced a range of kit that ticks all the boxes from a player perspective in terms of functionality, comfort and design.

"First and foremost, the kit needs to stand up to the physical and environmental challenges that await us in Japan, but it also needs to look good on and off the pitch, for players and fans alike." 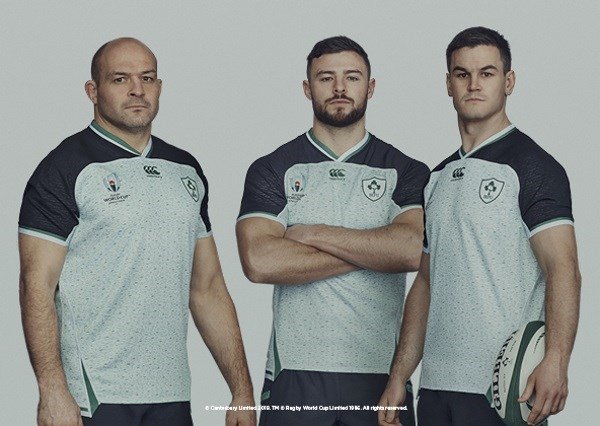 Simon Rowe, Head of Sports Marketing at Canterbury, added: "Our role as official kit partner to the IRFU is to provide the team with a bespoke kit, designed to meet the needs of the team and the environment they will encounter in Japan while also providing supporters with a stylish, comfortable and distinct range of replica wear allowing them to turn the world green where ever they may go."

A potentially iconic piece of sportswear, the shirts vary from €78 to €114 in price. A worthwhile investment if ever there was one.