Dublin , Ireland - 10 June 2019; James McClean of Republic of Ireland, right, is congratulated by team-mate David McGoldrick following his assist for side's second goal during the UEFA EURO2020 Qualifier Group D match between Republic of Ireland and Gibraltar at the Aviva Stadium, Lansdowne Road in Dublin. (Photo By Seb Daly/Sportsfile via Getty Images)

IRELAND INTERNATIONAL James McClean has accused the media, the authorities and his Ireland teammates of double-standards following a recent spate of racial abuse towards black Premier League stars.

The 31-year-old expressed his frustration over the lack of support from football authorities regarding the sectarian abuse he receives from fans on a regular basis, particularly when such swift action has been taken against those who have abused black players.

In an emotional Facebook post, McClean said: "I have received more abuse than any other player during my 9 years in England." 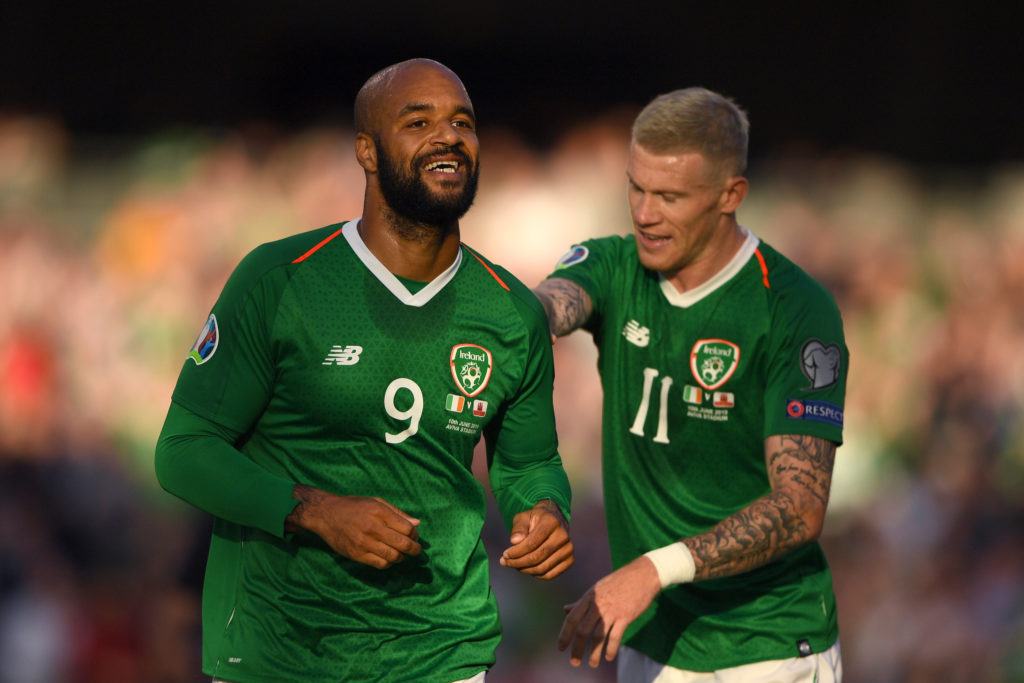 The Stoke City winger has been the subject of much abuse from English fans thanks in part to his decision not to wear a remembrance poppy on his shirt.

McClean has explained that he doesn't wear one because of Bloody Sunday in 1972, where British soldiers shot dead civilian protesters in his hometown of Derry.

"Driving back from training today while listening to TalkSport discussing the vile racists comments this weekend made towards Zaha and McGoldrick on social media, listening to their reaction of disgust at it and rightly so for that matter because it is horrendous and nobody should be subjected to that and people need to be held responsible for their words and actions," McClean wrote.

"What leaves a sour taste though in my mouth and not only this but with everything else of late, I receive and have received more abuse than [any] other player during my 9 years in England whether that be death threats, bullets sent in the post, birthday cards, letters etc! This is not a cry for sympathy but one to ask the question what is the difference? 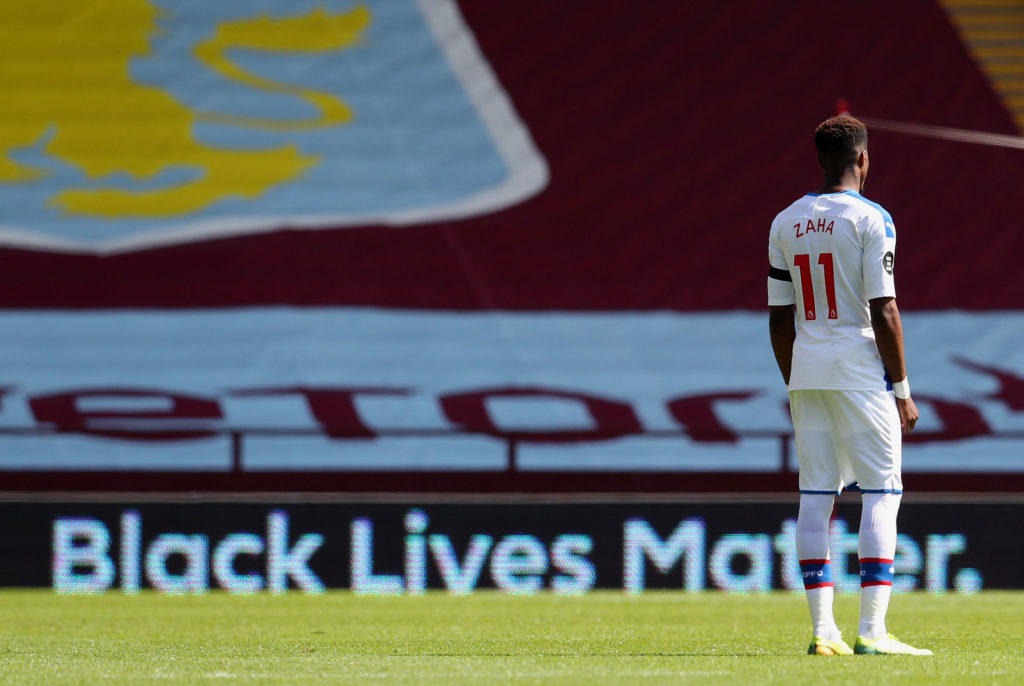 BIRMINGHAM, ENGLAND - JULY 12: Wilfried Zaha of Crystal Palace looks on as a Black Lives Matter movement board is seen during the Premier League match between Aston Villa and Crystal Palace at Villa Park on July 12, 2020 in Birmingham, England. Football Stadiums around Europe remain empty due to the Coronavirus Pandemic as Government social distancing laws prohibit fans inside venues resulting in all fixtures being played behind closed doors. (Photo by Catherine Ivill/Getty Images)

"A 12-year-old boy gets arrested for posting racial abuse online to Zaha, again rightly so, has anyone ever been held accountable for mine? No!

"Have I ever had my abuse condemned by the media? (Sky, TalkSport, newspapers) No! In fact quite the opposite, the slightest thing that I do that might cause offence to anyone is highlighted by them.

"I have seen some of my fellow Irish teammates post a black square in support of anti-racism as well as posts condemning the discrimination and AGAIN rightly so! Have I ever seen any of them ever  post a public condemnation of the discrimination I get which funnily enough is a discrimination against them also? That would be a no!

"I would say I'm confused but that's the wrong word because confused means not fully understanding something, in this case it's quite clear.

"If you don't stand for something you will fall for anything."