IRELAND RANKS as the European Union’s worst offenders when it comes to air pollution from exhaust fumes.

Information published by the Central Statistics Office (CSO) show that while Ireland’s nitrogen oxide emissions fell from the average of 176,700 tonnes a year set between 1990 and 1994 to 108,300 tonnes in 2017 they remain 70 per cent above EU limits.

Only three other EU countries have exceeded these limits, and in each instance, it was by smaller amounts that those recorded in Ireland.

According to the report, Ireland ranked third highest for emissions of greenhouse gases per capita in the EU at 13.3 tonnes.

Ireland’s greenhouse gas emissions in 2017 were equivalent to 60.7 million tonnes of carbon dioxide which represented a reduction on the 70.5 million tonnes recorded in 2001 but remained 9.6 per cent higher than the 1990 reading of 55.4 million tonnes. 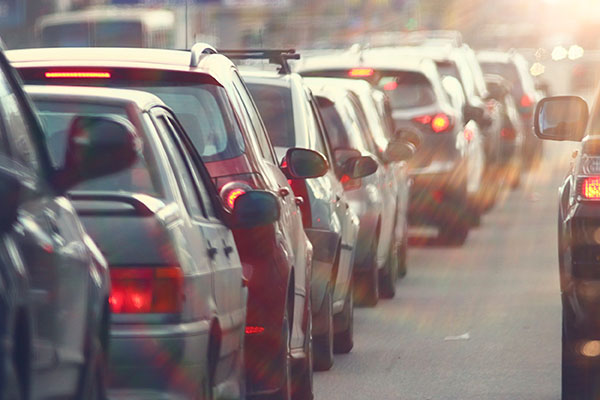 Much of this was attributed to Ireland’s agriculture sector which accounted for a third of the total recorded.

However, the proportion cutting down on emissions by travelling as passengers over the same period dropped from 16% to 5%.

Ireland was the 18th worst country for lung-damaged fine particulate pollution, the 11th worst for sulphur dioxide and the seventh worst for ammonia emissions.

Most concerning of all, Ireland was the worst for nitrogen oxies and non-methane volatile organic compounds.