ELDERLY AND vulnerable people are being advised to limit the number of people they meet face-to-face to a “very small core group”.

The advice comes directly from Acting Chief Medical Officer Dr Ronan Glynn after a further 613 new cases of Covid-19 were reported in Ireland.

A further 10 deaths were also recorded though eight of these occurred prior to September.

However, the new cases numbers represent the highest daily figures for more than five months in an increase Dr Glynn described as a “significant escalation” of the virus in Ireland.

"For those aged 70 plus, and those who are medically vulnerable to Covid-19, it is strongly recommended that you should limit the number of people you meet to a very small core group of family members, carers or friends, for short periods of time, while remaining physically distant," he advised.

The Acting Chief Medical Officer said new cases were recorded in all 26 counties, meaning every county should follow the advice to halt the spread of the virus. 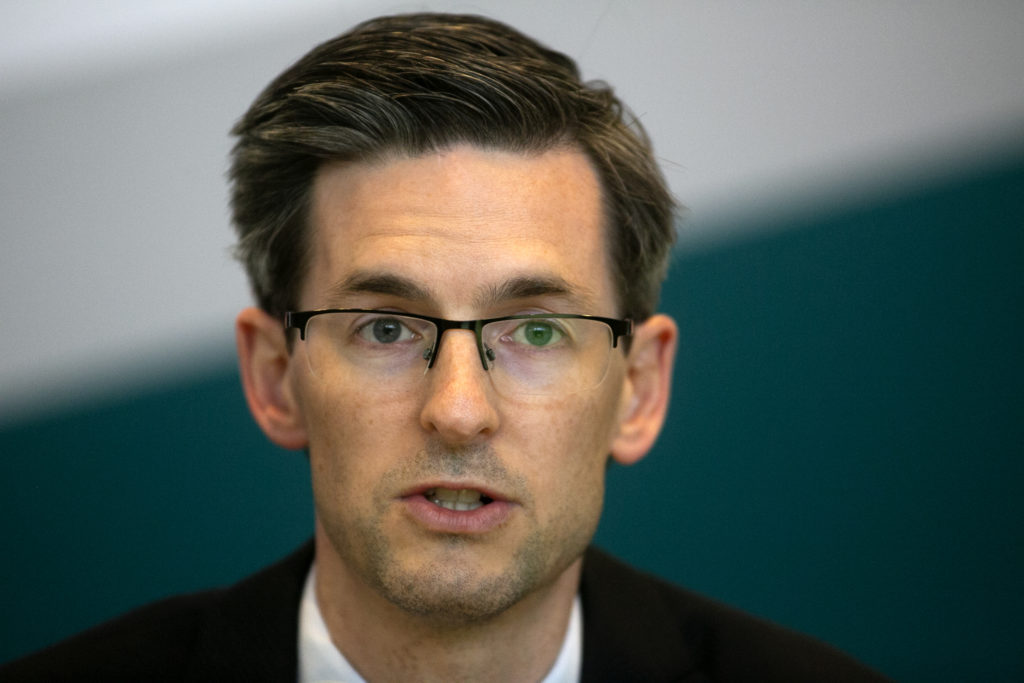 Dr Ronan Glynn, Acting Chief Medical Officer, announced there had been 147 new cases of the virus identified in the community (Photo: Sam Boal/RollingNews.ie)

The message came as Dr Glynn prepares to step down as Acting Chief Medical Officer with the Department of Health.

Dr Tony Holohan is set to return to the role, having taken temporary leave in July for personal family circumstances.

There are 118 confirmed cases of Covid-19 in Irish hospitals with 20 patients in intensive care.

A further nine were recorded in Offaly, nine in Tipperary, nine in Wicklow, eight in Cavan, eight in Wexford, seven in Carlow, seven in Sligo, seven in Roscommon, six in Mayo, five in Kilkenny, five in Westmeath, with the remaining seven cases in three counties.

Northern Ireland reported 726 new cases. 65 patients are in hospital with nine in ICU.