AN IRISH-AMERICAN firefighter, whose bravery and heroism on 9/11 saved many lives, sadly passed away last week at the age of 46.

Dan Foley died from pancreatic cancer, which he contracted while working for weeks at Ground Zero, removing bodies and attempting to search for survivors.

Tragically, Dan had to pull the body of his brother Tommy - who was also a fireman - out of the wreckage on 9/11, after he was killed when the first tower fell. 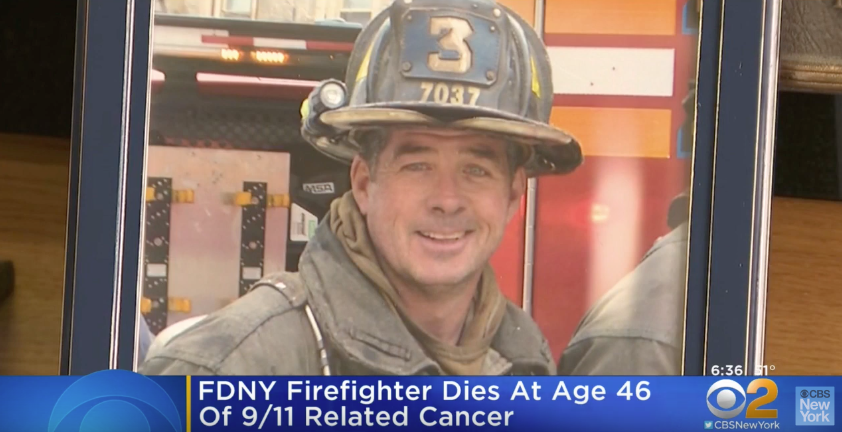 Dan Foley passed away at the age of 46

Dan was off-duty when the attacks began, but rushed to the site to help.

Once it became apparent that his brother had been killed, Dan made a promise to his parents that he would find Tommy's body and bring it home, a promise he fulfilled a few days later.

The Irish-American leaves behind a wife and five children, and was laid to rest at St. Anthony Cemetery in Nanuet, fittingly, next to his brother.

500 firefighters showed to the service, while Irish, US and FDNY flags flew to honour the fallen hero.

221 firefighters have now subsequently died from illnesses and ailments contracted from working at Ground Zero in the days and weeks after the 9/11 attacks, and the FDNY say they are preparing for the inevitable day when that figures climbs above the number of firefighters who perished on 9/11 itself (343).

"On average every two weeks we lose a member to World Trade Center Illness," FDNY Commissioner Daniel Nigro said in an interview before Foley's funeral.

"The fact that it’s all these years later doesn’t make it any easier. It's a tragedy that repeats itself.

"We see the potential that we'll surpass the 343 by the time of the 20th anniversary," FDNY spokesman Jim Long said. "Where does it end? It continues to climb."