ONE OF Ireland's most popular crisp companies have issued an apology after a director at the company was arrested for cultivating cannabis.

Keogh's Crisps yesterday confirmed their connection to a man who was arrested by Gardaí after a passerby noticed a large amount of cannabis plants in his greenhouse.

On Friday, 10 July, Gardaí confirmed they had arrested a man in his 60's during the course of a search operation in North Dublin the previous day.

The man, who has since been named as Tony Keogh, uncle to founder of Keogh's crisps Tom Keogh, was arrested and detained under Section 2 of the Criminal Justice (Drug Trafficking) Act of 1996.

One of the plants found in Tony Keogh's glasshouse during a search operation on Thursday, 10 July. (An Garda Síochána)

On Saturday, the crisp company issued a statement confirming that Tony Keogh was a director at Keogh's, and had retired from farming in 2019.

"Unbeknownst to the Keogh business, Tony who officially retired from the family farm business in 2019, had been researching medical cannabis production around the world following the move by the Irish government to legalise medical cannabis last year," the statement reads.

Some of the plants found in Tony Keogh's glasshouse during a search operation on Thursday, 10 July. (An Garda Síochána)

"Tony did not reveal his intentions to anybody, nor did he seek legal advice at any stage.

"Tony had been cultivating the plants in a small area of an unused glasshouse within full view of the public road and as such a member of the public reported the activities to the Garda Síochána.

"When questioned by Gardaí, Tony immediately admitted full responsibility and was charged on Friday 10 July.

"As a family branded business, we acknowledge we must take responsibility for the actions of our family members regardless of them being actively involved in our business or not.

"As a business we employ 115 people and are committed to producing the finest fresh potatoes and crisps for our customers across Ireland and around the world.

"We would like to take this opportunity to sincerely apologise to our loyal customers who have supported our family business over the years." 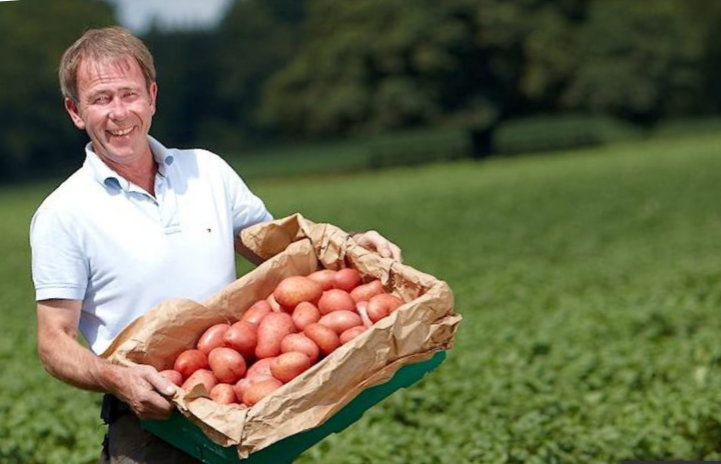 Tony Keogh has "nothing to apologise for" - MEP Luke 'Ming' Flanagan

Mr Keogh and the company have had some support from Irish politicians, including from MEP Luke 'Ming' Flanagan, long a supported of the legalisation of cannabis, who replied to the statement saying "Nothing to apologise for".

He later Tweeted saying he would be "buying a big bag of Keogh's crisps today" and said crisp company Tayto had a "tough act to follow".