TRIBUTES have been paid to an Irish dad-of-five who was brutally stabbed to death in Derry yesterday morning.

Karol Kelly, 35, died after an attack involving several men outside a house in Grafton Street at around 2.40am on Sunday.

Three men aged 27, 20 and 19 have been arrested in connection with Mr Kelly's murder on the quiet residential street.

A spokesperson for the PSNI said the trio had been arrested and appealed for anyone with information on the incident to contact them.

Detective Chief Inspector Alan Dickson said: “We are working to establish the circumstances of this incident and determine the precise sequence of events that culminated in the tragic death of this man.

“I would appeal to anyone who was in the Grafton Street or Park Avenue areas of Derry this morning between 2.30am and 3am to get in touch by calling 101, quoting reference number 243 04/03/18."

Tributes have been pouring in for the popular Derry dad, who was described as "a gentleman" and "big gentle giant who would have given you the coat off his back". 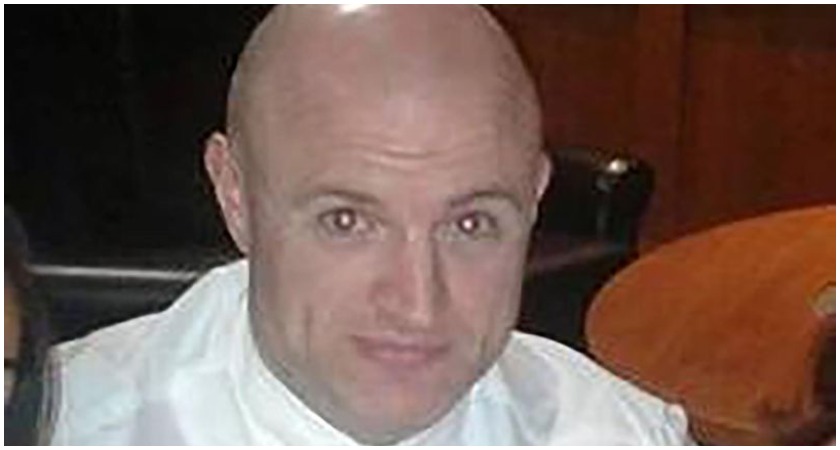 A murder investigation has been launched into Mr Kelly's killing and three men have been arrested (Picture: PSNI)

He wrote: “In the early hours of this morning, my big brother was taken from this earth very quickly and very tragically.

“At this sad time, myself and my family take great comfort in knowing that he is at peace with himself now and in a far happier place, even given the nature of his death.”

“For now, RIP ‘Big Bruv’ and sleep tight, your demons have now left you to peace.”

From the Beechwood area of Derry city, Mr Kelly's family are well-known locally where his father was involved in the motor trade for many years.

Sister Emma Louise Kelly heard about the fatal attack while on holiday in Vietnam and was making her way home last night.

In another Facebook post, the victim's older sister Francesca said: “Taken from us all way too soon.”

SDLP assembly member Mark H Durkan, who knew Mr Kelly, said his life was taken in “the most shocking of circumstances”.

“My thoughts and the thoughts of my colleagues are with the man's family and friends at this incredibly difficult time," he told the Irish News.

"I know the victim and his family and I have no doubt that the local community will rally around them and offer any support they can in the days and weeks ahead.”