AN IRISH flight bound for Britain was forced to divert after striking a bird over the Irish Sea.

The Aer Lingus flight EI3258 from Dublin to Edinburgh was forced to divert after suffering the birdstrike yesterday, Tuesday January 23.

The flight was then returned to Dublin airport, where passengers were transferred to a new plane an hour and a half later. 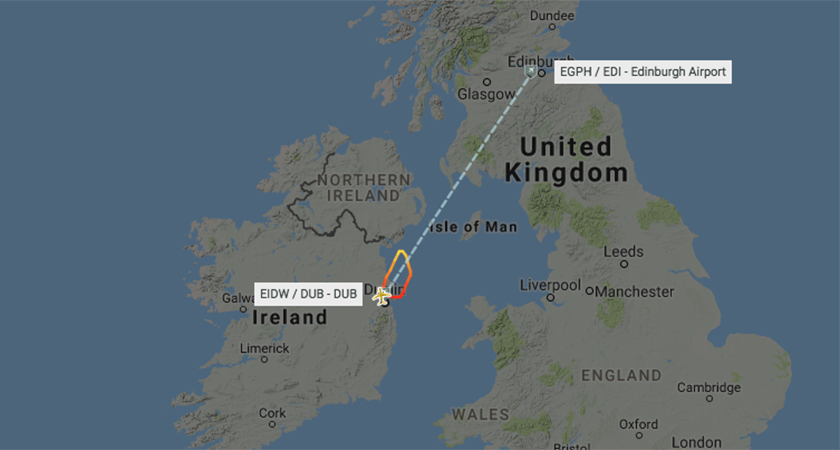 The flight to Edinburgh was forced to turn back after a birdstrike. (Picture: RadarBox24)

The 5.55pm flight was scheduled to arrive in the Scottish city at 7.10pm, but didn't land in Edinburgh until 8.35pm.

AirLive tweeted the disruption to the flight last night.

Aer Lings #EI3258 to Edinburgh (reg. EI-FCZ) suffered a birdstrike on departure and returned to Dublin. Passengers transferred to new aircraft with a delay of 1.5 hours #radarbox https://t.co/ybOJrYNqCv pic.twitter.com/fyKtCjkjTJ

Aer Lingus to permanently close base at Shannon Airport