AN IRISH girl has won a competition to create the best custom kit for Premier League football club Manchester City.

Nine-year-old Lucy Beth Duffy, from Dublin, saw her fetching pink and sky-blue design beat off the competition in a contest that was launched back in May.

More than 1,000 entries were received, which were then whittled down to a shortlist of four, with Lucy's design chosen as the overall winner. 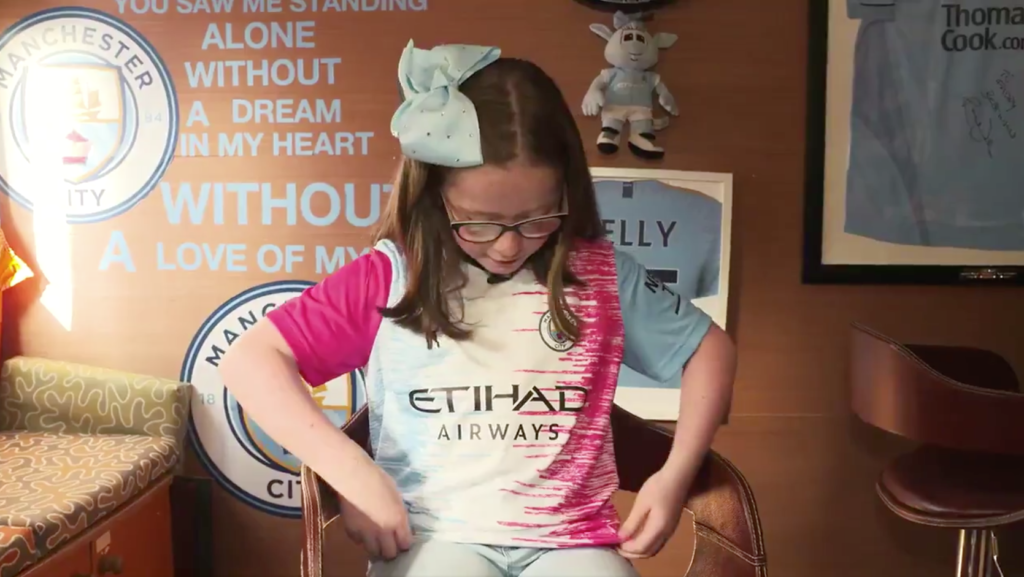 Lucy Beth wearing the kit she designed for Manchester City

To celebrate, Man City's kit manufacturer Puma created a limited edition of the shirt with Lucy's name on the back and superstar striker Sergio Aguero sent her a video message to announce her victory.

Lucy and her family are huge City fans, and are apparently frequent visitors to the Etihad Stadium, despite living in Ireland.

They've even got a City-themed 'cave' in their house decorated in the club's memorabilia.

Lucy even got a shout out from Aguero on social media.

Speaking to RTÉ News, she explained her idea for the winning design.

"I thought they already had stripes so I thought the stripes coming in would be cool and I did blue and pink for a pop of colour," Lucy said.

Her family and even her school's principal are big Man City supporters, so it's fair to Lucy isn't the only one getting excited.

"They [my family] love Man City so this is such a great thing to happen," she said

"I couldn't think of any words to say. I was just so shocked."

Delving into the female side of Ireland's mythology