George Hook at the launch of Action Prostate Cancer, (APC), at the offices of the Irish Cancer Society, Dublin. 3/4/2006 Photo Photocall Ireland

IRISH hotel group Dalata has pulled its sponsorship of an Irish radio programme over the presenter's 'unacceptable' comments on rape.

Dalata Hotel Group had previously sponsored High Noon with George Hook on Irish station Newstalk, however Hook has come under fire for comments he made on the programme last week.

Speaking last Friday in relation to a rape trial in Britain involving a Commonwealth swimmer  accused of raping a 19-year-old woman shortly after she'd had consensual sex with another man, Hook queried the 'responsibility' of the woman, and asked why a young woman who had just met a man in a bar would go back to his hotel room.

In response to the comments, the hotel group - who own the Clayton Crown Hotel in Cricklewood and the Hotel La Tour in Birmingham amongst others - announced the termination of their sponsorship of Hook's programme in a statement this morning.

The statement said: "Dalata Hotels cannot support any radio station that allows inappropiate and hurtful comments to be made.

1/2 @Dalatahotels cannot support any radio station that allows inappropiate & hurtful comments to be made.

"Our commercial relationship with Newstalk and sponsorship of George Hook High Noon has been terminated this morning."

2/2 Our commercial relationship with Newstalk and sponsorship of George Hook High Noon has been terminated this morning.

Speaking on his programme on Friday, Hook said: "She was passed around, went the story. And apparently she went to bed with one guy and he goes out and another guy comes in. She doesn’t want to have relations with the second guy but he forced himself upon her. Awful.

"But modern day social activity means that she goes back with him. Then is surprised when somebody else comes into the room and rapes her. Should she be raped? Course she shouldn’t. Is she entitled to say no? Absolutely. Is the guy who came in a scumbag? Certainly. Should he go to jail? Of Course. All of those things. 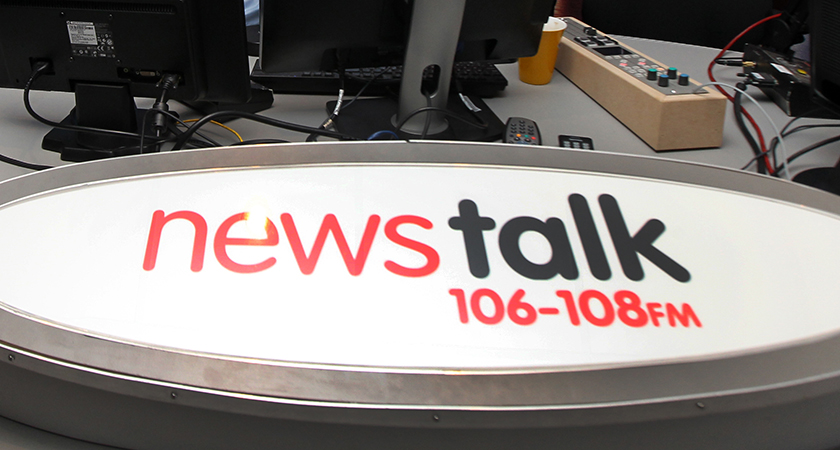 Managing Editor of Newstalk Patricia Monahan also said that comments made were “totally wrong and inappropriate and should never have been made.” (Picture: Sam Boal/RollingNews.ie)

"There is personal responsibility because it’s your daughter and it’s my daughter. And what determines the daughter who goes out, gets drunk, passes out and is with strangers in her room and the daughter that goes out, stays halfway sober and comes home, I don’t know. I wish I knew. I wish I knew what the secret of parenting is.

"But there is a point of responsibility. The real issues nowadays and increasingly is the question of the personal responsibility that young girls are taking for their own safety."

It was unacceptable to suggest in any way that blame could be attributed to victims of rape.

I apologise for the comments which caused hurt and offence, and for this I am truly sorry. George Hook

However, he reiterated the apology on his programme at midday today, saying he is 'truly sorry' for perpetuating the stigma around rape.

He said his comments were "totally inappropriate and unacceptable" and he "should never have made" the remarks.

He explained: "I realise that those comments caused widespread hurt and offence - for this too I am truly sorry.

"I would particularly like to apologise to all victims of rape, the families, [and] the representatives of the organisation who work day and night to reduce the stigma around rape."

He added: "It was wrong of me to suggest that any blame could be attributed to those victims, or that they bear any responsibility in the crimes committed against them.

"By doing that, I played a part in perpetuating the stigma, and I unreservedly apologise for doing so."

He concluded: "Everybody has the right to enjoy themselves without fear of being attacked - and as a society, we have a duty to our daughters and granddaughters to protect that right. On Friday I failed on that duty of care - a failure I deeply regret, and for which I am truly sorry."

Managing Editor of Newstalk Patricia Monahan also said that comments made were “totally wrong and inappropriate and should never have been made.”