IRISH JOCKEY Rachael Blackmore has made history by becoming the first woman to ride a winner in the Grand National.

The Killenaule-born rider secured her place in the history books after riding to victory aboard Minella Times in the world’s most famous horse race.

It came as part of a memorable afternoon for Irish trainer Henry de Bromhead, who completed a memorable one-two with another of his horses, Balko Des Flos, coming in second.

Owner JP McManus also had two reasons to celebrate, with another of his horses, Any Second Now, finishing third.

Ireland dominated proceedings at Aintree, with each of the top five finishers coming from Irish trainers and owners.

Minella Times held off a late challenge from Balko Des Flos in second with Any Second Now further back in third with Burrows Saint fourth and Farclas in fifth.

The day undoubtedly belonged to Blackmore, only the 20th woman to ride in the showpiece event.

Riding on the 11-1 shot Minella Times, the Co Tipperary rider delivered a perfect race, biding her time early on before gradually creeping up into contention as the race entered its second circuit.

Riding on the eight-year-old, Blackmore and Minella Times took the lead with two to go before galloping clear to win by a resounding six lengths. 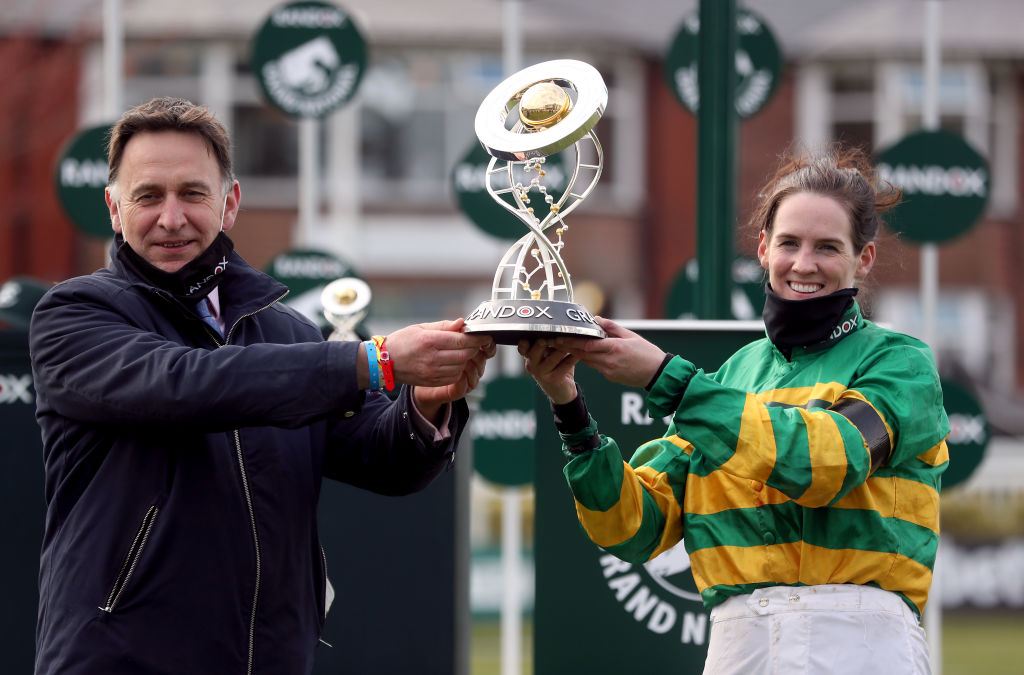 Her win represents a watershed moment for horse racing and a much-needed positive story around the sport after several months of negative headlines involving Irish racing.

Speaking to the Racing Post, an ecstatic Blackmore was in shock at her victory.

"I cannot believe it," she said.

"He gave me an absolutely sensational spin. I'm so lucky to be riding him and I can't believe we've just won the Grand National, it's unbelievable.

"He was incredible and jumped beautifully and I was trying to wait for as long as I could. When we jumped the last and I asked him for a bit he was there. I don't feel male or female right now, I don't even feel human! This is just unbelievable."