AN IRISH human rights lawyer who was jailed for racially abusing Air India cabin crew after she was refused alcohol on a flight has been found dead just days after her release from prison.

The body of Belfast-born Simone Burns, 50, was discovered at the foot of the Beachy Head cliffs in East Sussex on June 1.

Her death came just 13 days after she was released on licence from HMP Bronzefield in Surrey, following her conviction in April of being drunk on an aircraft and assault – having spat into a flight attendant's face during her drunken tirade on board a Mumbai–London flight on November 11th, 2018.

A video of the incident, which occurred after Ms Burns was denied a fourth bottle of wine on the nine-hour flight, went viral on social media following her subsequent arrest in London. 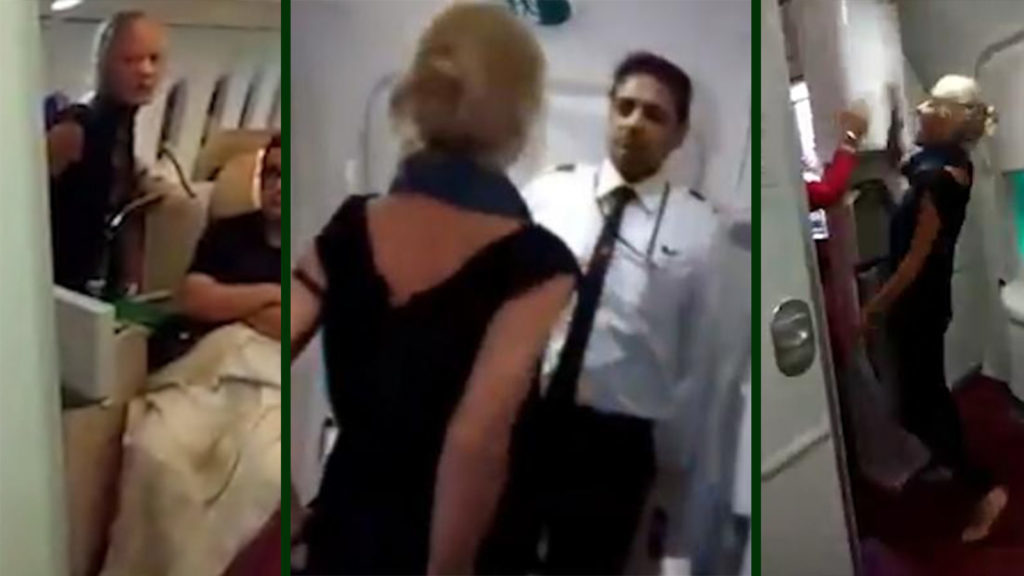 After attempting three times to light a cigarette, she later added: "I’ve done so much for you f***ing Indians and f***ing Pakistanis, you should be grateful to me."

According to the Telegraph, a friend who did not want to be named said Ms Burns' world "fell apart" following her conviction earlier this year.

They added that the former human rights lawyer – who was called to the bar in 1992 and worked with refugees around the world – had also been a target for online trolls, having worn a plaster over her nose during her trial following numerous surgeries for skin cancer.

In a statement, Sussex Police confirmed Ms Burns had been found dead at the foot of Beachy Head.

A spokesperson for the force said: "The body of a woman found at Beachy Head on June 1 has been identified as Simone Burns from Hove.

"The death is not being treated as suspicious and the next of kin have been informed.

"The matter has been passed to the coroner's officer."

Drunk 'Irish' woman arrested after 'racially abusing, assaulting and spitting at Air India crew' when she was denied alcohol on flight to Heathrow