AN IRISH man in Australia has been hailed as a hero after he rescued a fisherman who had been swept out to sea.

Police Constable Rob Gaynor, who is from Monasterboice in County Louth but now lives in Perth, put himself at risk as he came to the rescue of a 28-year-old man who had been swept out to sea by a freak wave.

Video footage of PC Gaynor's daring rescue was captured by a local photographer's drone, and shows the fisherman clinging to rocks in an effort to stop himself being swept further out into the ocean.

PC Gaynor approaches the exhausted man and grabs his wrist at the exact moment the fisherman slips, hauling him to safety and stopping him from falling back into danger.

Footage of the incident, which took place earlier this month, was broadcast on local news channel 7 News and secured the Louth man as a local hero.

The First Class Constable told the outlet he knew he had to react quickly when he received the emergency call at Dunsborough Police Station.

"[The fisherman] was out fishing off Sugarloaf Rock and was wearing a life-jacket but the waves are so unpredictable and he was swept into the water,” he told 7 News.

“Luckily it is a local beauty spot which attracts photographers and when I arrived Anton Wilkinson told me about the drone and I asked him if he’d guide me to where the fisherman was.

“It’s a bit of a cove, so he was washed off one side and was smashed against the rocks on the other. He was very tired and I didn’t know if he would have been able to hold himself up much longer.

“There was a bit of rock hopping , jumping and scrambling down what was a sheer rock face but I managed to find a small foothold and narrow passage to get to him. 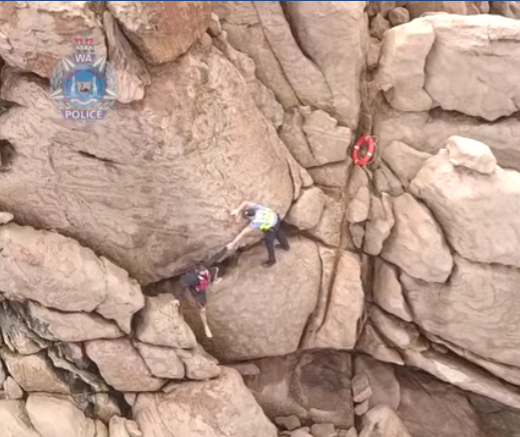 “I was offering my hand to him when he slipped and I grabbed his wrist and held him up from falling back into the ocean.

“I don’t think we would’ve had much more time with the conditions and the fact that he was so fatigued,” he admitted. 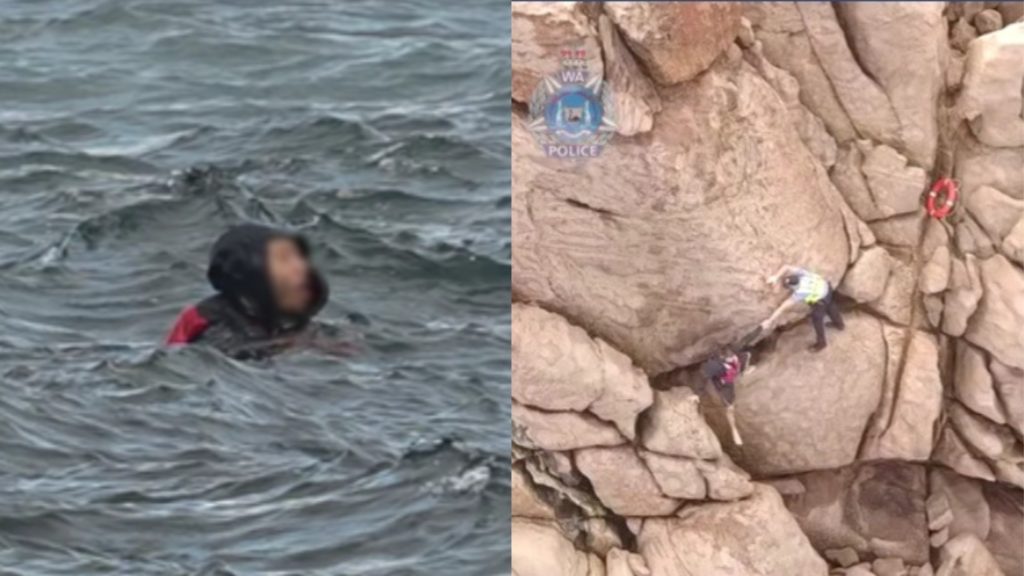 “He had lacerations to his legs from being smashed against the rocks but we quickly got him to an ambulance at the scene. I’ve talked to him since and he’s doing OK but he is media shy."

The 37-year-old policeman and father-of-three emigrated to Western Australia twelve years ago, and joined the police force six years ago, according to The Irish Mirror.

Unsurprisingly, his family, who still live in Monasterboice, are hugely proud of him and his heroic actions.

But the humble PC says he wouldn't call himself a hero, because "I was just doing my job at the end of the day."