IRISH musicians have paid tribute to Aslan bandmate of 20 years Pat 'Fitzy' Fitzpatrick after he lost his battle to cancer.

Mr Fitzpatrick, 60, was originally from Belfast and had played with Aslan and Van Morrison, amongst others.

He was classically trained and had attended the Royal College of Music in London. Mr Fitzpatrick died this morning following a battle with cancer. 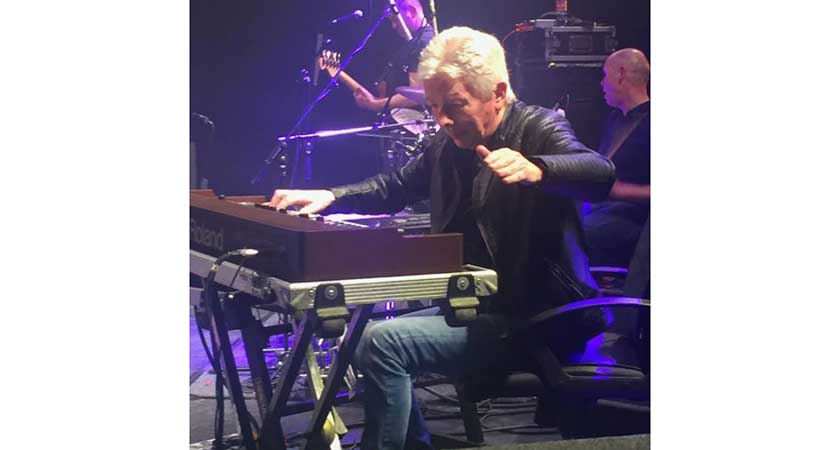 Pat Fitzpatrick died after a battle with cancer. (Picture: Aslan/Facebook)

"We are saddened to let you all know that our good friend and keyboard player Patrick Fitzpatrick (Fitzy) passed away peacefully this morning," it read.

"Pat played keyboards with us for over 20 years and was there with us on all the gigs and recordings that we did.

"He was not ours alone, he played with Something Happens, The Blades, Van Morrison and lots of other great bands but we liked to think of him as ours.

"As recently as 11 days ago he was rocking the roof off The Cork Opera House with us and stayed up for drinks with us and his wife Rebecca.

"We have great memories of all the great gigs we did together, Vicar St, Made in Dublin Revisited last Chrismas  and the Olympia on St Patrick's Eve, The INEC Killarney and lots more.

"We will miss you Pat, RIP from all in the Aslan camp."

The Blades also took to social media to pay tribute to Mr Fitzpatick, saying: "Words cannot express how utterly crushed we all feel about his passing.

"Pat was one of the most talented musicians this country has ever produced.

"At this time we are thinking of all the other musicians, particularly the members of Katmandu, Aslan and Something Happens, who have had the pleasure of playing with the 'Belfast Maestro' and who also got to know him, as we did, to be the wonderfully warm and witty person he always was.

"Love you Pat," their statement read.