IRISH pensioners in North West London have spoken of their "devastation" and "heartbreak" at the closure of St Joseph's Social Club in Wembley.

The Irish Post reported this week that the popular club, which has been open since 1974, is being forced to close after losing a fight against its eviction with the Roman Catholic Diocese of Westminster.

Despite having a gentleman's agreement in place for 42 years with the Diocese, there was never any formal tenancy - and the club will be forced to vacate the premises at the end of May.

The loss of the building in Empire Way to the club means St Joseph's is being forced to close as it cannot find an alternative premises in its budget. 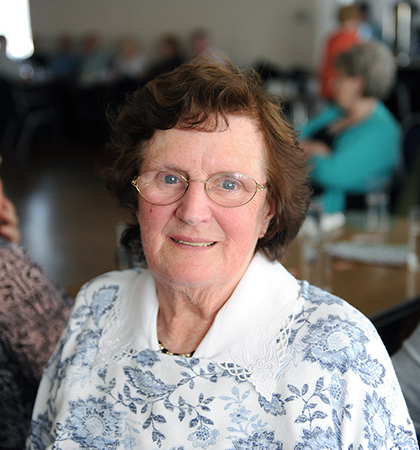 This leaves its 400 members, the majority of whom are Irish, without a social club in the Wembley area.

Lily McCarrick, 81, has been going to St Joseph's since it first opened its doors.

"We'll be absolutely broken-hearted to lose this place," she told The Irish Post.

Sligo native Ms McCarrick has been widowed for 14 years and, like many of the club-goers, relies heavily on the weekly tea dance run by Brent Irish Advisory Service (BIAS) as a social network.

"My late husband and I used to come and dance here every Saturday night," she revealed.

"I'll miss the company the most. I live on my own, I have a family and they're living in different parts in London but it's great here because I know these people since my kids were in school."

Ms McCarrick's sentiments were echoed by Mary O'Connell, 75, who is new to the club.

"My husband died and I was introduced to the club six months ago," she said.

"It takes away part of the loneliness. It's loneliness that brought me here. It means the world to me."

St Joseph's Social Club committee member Tom Brophy told The Irish Post that about 60 per cent of the pensioners who visit on a weekly basis are in this situation - where they live alone and rely on St Joseph's.

BIAS has found a new location in Cricklewood in which to hold the weekly tea dances but for some of the pensioners who come every week, the journey is too far.

St Joseph's other activities, such as the regular charity fundraisers that have raised in the region of £500,000 over the past 42 years, will also cease as the club has nowhere to go.

Club volunteer Coleman O'Donnell, who has been with St Joseph's for a year, believes it will be a massive loss to the area.

"I retired a couple of years ago and said to myself 'what can I do for the Irish community?'," he told The Irish Post of his involvement.

"They all absolutely love it here. I know the people here, I know what they're talking about and I know their customs.

"In London you might have eight million people but it doesn't mean you're happy. London can be one of the loneliest places there is.

"It's not just the people that come here, there must be thousands of them living in bedsits and social housing on benefits and somebody has got to step up to the plate and help them out."

Mr Brophy told The Irish Post that the club's committee has not had a meeting with the Diocese of Westminster in four years - and criticised the way they have handled the eviction.

"They're taking our club from us and where can we go now?" St Joseph's member Betty Hehir, 86, said.

"It's really wrong that the Church is not sorting out the older people."

The Diocese of Westminster issued a statement to The Irish Post on taking back the premises that St Joseph's has operated within for the past 42 years.

“The group currently using the premises is running a social club that is unaffiliated with the parish, in a manner that is not consistent with the charitable aims of the parish and diocese," the statement read.

“After many years of attempting to engage with the group to establish a formal agreement to enable them to run the social club independently, as there has been no suitable engagement on their part, they have been formally asked to vacate the premises.

“Following the court judgment, the group has formally notified the diocese that they will voluntarily give up possession of the premises by the end of May.

“Although no final decision has been made on the use of the premises, it will be for the direct benefit of the charity, in alignment with the mission of the charity.”